This week, the nation has been gripped by Anne, ITV’s depiction of Anne Williams’ decades-long battle to uncover the truth about the death of her son, Kevin, at Hillsborough stadium on 15th April 1989.

It has been a difficult and painful watch, especially for those who were directly impacted by the tragic events that day – and the Establishment cover-up that followed. For more than two decades, Anne and the families of the 96 other victims of Hillsborough had to fight against a barrage of lies, victim-blaming and buck-passing – much of it led by the very authorities that were supposed to be guardians of justice.

The bereaved were given no access to legal funding. They had to scrabble, save and fundraise to afford any legal representation. In the opposite corner was the leviathan of the British state, with limitless supplies of funds to hire the nation’s top QCs.

More than 30 years on, the Hillsborough families were able to attain the truth they sought – even if justice was never actually delivered. But it was not without tremendous reserves of determination, perseverance and courage and the longest case ever heard by a jury in British legal history. Too many never lived to see the truth uncovered.

Unbelievably, what happened to the Hillsborough families was not an outlier but just one another case that forms part of a much larger and more gruesome pattern. The history of the British state is littered with these tales of injustice; of the state placing its weight on the scales of justice, ensuring that their reputations are protected and the odds perpetually stacked against ordinary people.

Just look at the last 70 years. Nuclear test veterans. Shrewsbury. Bloody Sunday. Contaminated blood. Orgreave. Hillsborough. Grenfell. And beyond these, there are countless examples of the Establishment closing ranks and denying justice the chance to run its proper course.

While the issue at hand might change, the playbook does not. Where the state is involved, the tactics are common: denial, obfuscation, diversion and cover-up. Nobody should have to go through the same struggle for justice as the Hillsborough families. But they repeatedly do because the law allows it.

It is time to rebalance the scales. Today, we are launching a campaign to deliver a Hillsborough Law – now. We want to build on the growing public awareness of the way bereaved families are treated by the system and of the need for change.

Anne’s story does not just illustrate what the other Hillsborough families went through but speaks to what many other bereaved families are still going through today. We will be joined by speakers and campaigners from a wide array of backgrounds all brought together by one common denominator: a determination to re-balance the scale of justices in favour of bereaved families.

A Hillsborough Law would be based on several key pillars:

This is an issue that should be well above party politics. It is vital if we are to restore trust in the institutions we were brought up to believe in. The country should not have to wait for another crisis on this scale to be forced to act.

We believe that a comprehensive Hillsborough Law bill based along the foundations set out above should be brought forward with cross-party support – including that of the government – and full parliamentary time allocated for debate.

This government likes to talk a lot about levelling up. But that cannot only be about big spending announcements and shiny infrastructure projects. Levelling up must also apply to the scales of justice.

Today in Britain, your social class and connections will determine the level of your access to justice. Making all citizens truly equal before the law should be the essence of levelling up. The Hillsborough families will never see true justice done. But their fight can open the door to a more just country.

As this week’s drama showed, Labour let the families down once before. We must never do so again. From top to bottom, let our party be the first to commit to a Hillsborough Law – now. 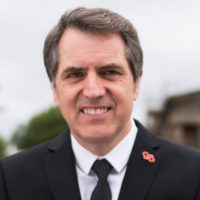 Steve Rotheram is mayor of the Liverpool city region. He was born in Liverpool and served as Labour MP for Liverpool Walton from 2010 to 2017.