A Labour government would “absolutely look” at a scheme “naming and shaming” those convicted of buying illegal drugs, new Shadow Justice Secretary Steve Reed has told The Mirror. Of this scheme, which ran in Brixton when he was Lambeth Council leader, Reed said: “We wanted to send out the signal that, if you think it’s acceptable to come and buy drugs here, and leave behind you the trail of destruction the drugs trade causes on our streets, we will do everything we can to stop you and we will let your friends, family and employers know what you’ve done.”

Reed’s intervention is the clearest indication yet that Labour intends to hammer the Tories on crime, with issues of law and order being prioritised in the party’s campaign ahead of the local elections in May. Highlighting the government’s woeful record on crime, particularly in the context of ‘partygate’, is both sensible politics and good opposition. Currently, only 1.4% of rape cases result in formal charges, domestic abuse cases have doubled in the last five years, and more offenders than ever are getting away with their crimes – with charge rates at a historic low of just 6.5%.

However, engaging in a fight to be seen as the ‘toughest’ on drugs is a misguided crusade that Labour is destined to lose. It is hugely disappointing to see Reed reaffirm Labour’s ‘tough on drugs’ agenda – particularly given the party’s supposed commitment to the values of security, prosperity and respect announced last month, all of which are sorely lacking in its approach to drug policy.

A Labour government has a moral responsibility to do more to protect the most vulnerable communities in society, including drug users. But proposals such as the ‘name and shame’ scheme are transparently reactionary and do nothing to reduce drug-related harms and costs, only further stigmatising and alienating vulnerable people – many of whom are reliant on drugs.

With the government looking at texting contacts on drug dealers’ seized phones, and confiscating the driving licenses and passports of ‘middle-class lifestyle users’, it appears that drug policy discussions within both major parties have descended into farce. Labour and the Tories are now engaged in a race to the ridiculous on drugs, partly in a bid to appease the right-wing press.

Sadly, with the UK having highest levels of drug use in Europe, record numbers of drug deaths, and an estimated cost to the economy of £20bn per year, the joke isn’t funny anymore. Reed’s rhetoric, alongside non-committal responses from Keir Starmer to questions about his support for the London mayor’s proposed pilot cannabis diversion scheme, represents a total lack of leadership being shown by Labour when it comes to drug policy.

The unthinking choice to continue fighting the ‘war on drugs’ – a policy agenda that has failed on its own terms – is at best a cop out, and at worst a dereliction of duty to the most vulnerable in our society. It is one that will come at huge human, financial and political cost.

Starmer’s refusal to engage in sensible conversations regarding drug policy is particularly frustrating given his previous statements recognising the failure of the current approach and the urgent need for fresh thinking. As a former director of public prosecutions, the Labour leader has credibility in the eyes of the public. This could allow him to advocate for much-needed change, whilst fighting off attacks from opponents claiming that he is ‘soft on drugs’.

Labour need not look to the past for effective drug policy solutions. Labour mayors and police and crime commissioners are already implementing path-breaking diversion schemes across the country, whilst the SNP has promised to roll out heroin-assisted treatment and are considering proposals for the establishment of overdose prevention centres (OPCs) in order to stop the drug death epidemic north of the border.

Drugs are causing more damage to our society than ever before. To effectively combat the “trail of destruction the drugs trade causes on our streets” that Reed highlights, a new policy agenda focused on harm and cost reduction is the only answer. Keir Starmer has a unique opportunity to forge a new direction on drug policy, based on evidence, compassion and dignity, instead of shame, contempt and punishment. Getting tough on harms isn’t going soft on crime. 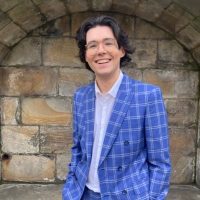 Jay Jackson is secretariat for the Labour Campaign for Drug Policy Reform and head of public affairs at Volteface.