The old Labour Students ended its political life having lost any credible claim to represent student members. By operating as an affiliate at arm’s length from the party, it restricted the number of student members eligible to vote in its democratic processes, gerrymandering elections to its national committee and national conferences, and disenfranchising thousands. In the National Union of Students throughout the anti-fees movement years, Labour Students (or ‘NOLS’ as it was known) was a standard-bearer for neoliberalism, campaigning against free education and socialist policy.

Just over a year later, thanks to the addition of student reps to Young Labour’s national committee, we became the first student representatives in the party elected by student members via one-member-one-vote. We used this mandate to press the party to deliver on its commitment to create a new democratic student wing in place of the old Labour Students, securing an NEC working group tasked with consulting Labour clubs and student members to draw up proposals for a new student wing.

With the overwhelming support of clubs and the backing of supportive NEC reps such as Gemma Bolton and Lara McNeill, we insisted on and won all the long-standing demands of student members for a democratised student wing. Despite reports that Labour would resurrect the old Labour Students affiliate, the proposed student wing was passed at last September’s annual conference and committed to the creation of a ‘National Labour Students’ reflecting our proposals.

The new National Labour Students committee will be elected by one-member-one-vote of student members and made up of three national officers (chair, vice-chair and secretary), reps for every region and nation, five liberation officers representing women, BAME, disabled, LGBT+ and trans members, and six ordinary reps, with one place reserved for further education, mature, postgraduate and international students respectively. It will have its own conference with the power to bring a motion to Labour’s annual conference, and will set an important precedent by writing trans representation into the party rulebook for the first time.

Many university Labour clubs have had a difficult time over the last couple of years. With most students leaving university after three years, student politics has a perennial challenge to pass on knowledge, skills and organising exacerbated by the pandemic. For us and for so many in our movement, Labour clubs are politically formative experiences. Clubs develop members’ political understanding, support industrial action, rent strikes and build power on campus and at the ballot box. With these elections, student members have an opportunity to re-found Labour’s student wing as a campaigning organisation that gives clubs and activists on the ground the institutional memory, support and resources needed to begin to transform our universities and wider society.

Candidates in the elections have until 12 noon on Friday 25th February to nominate themselves through Labour’s Democracy Portal. Voters have until June 17th to become members of the party, register as students and register as belonging to one of the party’s ‘equality strands’ to vote and to nominate candidates. Ballots will open from Friday 8th July 2022 and close on Friday 5th August 2022. We hope candidates who want to see a socialist Labour Students will also put themselves forward in Momentum’s primary process by noon on Thursday 10th February.

Whilst fighting for this democratic student wing, we have worked to lay the groundwork for it – organising in support of student rent strikes, UCU strikes, and working across the student movement to deliver socialist political education online and recently through four in-person organising schools across the country. We’re hopeful that the new National Labour Students will build on this, taking advantage of the unique opportunity it has to bring together the labour and student movements to organise for a socialist future.

As things open up, we have an opportunity to organise around the injustices highlighted and exacerbated by the pandemic. Between a government that loads us with tens of thousands of pounds of debt, employers that exploit us on low-paid precarious contacts and landlords that fleece us whilst providing bad housing, most students are exploited from every angle. Not content with decades of marketisation, universities drive down staff conditions, investing the value they squeeze out of staff and students in climate breakdown, global apartheid and war. The price for speaking out can be high; rising authoritarianism manifests on campuses in the stepping up of the policing of students of colour and those that dare to push back.

The answers to students’ problems are socialist ones – we hope that National Labour Students will help build our movement to provide these solutions. 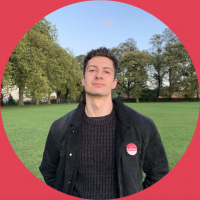 Fraser Amos is standing to be chair of the National Labour Students committee.

View all articles by Fraser Amos 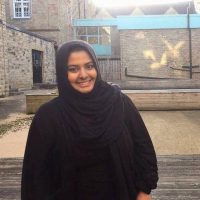 View all articles by Nabeela Mowlana