In the 1980s, the Greater London Council used County Hall, right over the river from parliament, to hang banners with Labour slogans. But parliament itself was always in Conservative territory in the City of Westminster (thanks in part to their efforts to gerrymander the borough). In 2022, though, we have the chance to give this Conservative government more local Labour councillors than they’ve ever had to deal with. So why not help us hit the Conservatives where it really hurts?

After all, Westminster Council is at the heart of Conservative power in the UK. But, after nearly 60 years of Tory rule, they’ve grown complacent. The council has become arrogant and out of touch. Central London has changed, and residents are realising the changes haven’t been for them. The result is that the Conservatives here are vulnerable like never before: in 2018, we were only 923 votes behind them; in the 2021 mayoral election, Sadiq won Westminster, and our London Assembly candidate, Rita Begum, very nearly unseated her Conservative opponent with the biggest swing to Labour in London.

While Labour is the strongest it’s been in decades here, the Conservatives are weak. Their scandal-ridden government is particularly unpopular in Inner London, where polls give us a 43-point lead over the Tories. Westminster’s Conservative Council has copied its national counterpart, wasting millions on baubles and pet projects while millions more is pocketed by consultants. They’ve ignored residents and the crises we’re facing, instead building the £6m Marble Arch Mound, where every step of the process was so incompetently managed that the plants were falling off before we even found out about the absurd salaries, tripled costs, and “scrutiny and oversight” that forgot to put in toilets.

If Labour can put a big dent in the Conservatives here, it’s the first domino in removing this ridiculous government. It’s more than that, too – it’s a big step in reclaiming London for Londoners. At a time when we face a cost of living crisis, a climate crisis and a housing crisis, we’ve got to change how Westminster works. Nothing less is acceptable.

We’ve got a plan to change Westminster for the better. A proper Green New Deal; creating 15-minute neighbourhoods; refurbishing for the people rather than demolishing for developers; and green procurement and creating green jobs. We’ll end Westminster’s cosy relationship with greedy developers and start creating genuinely affordable homes.

We’ll change how the council works to protect residents, end the horrifying stories about neglect in Westminster’s council housing, create a fair and transparent planning system that doesn’t give favours to Liz Truss’ lunch spot, and stand up for renters, young people and local businesses.

We’ll do this while freezing council tax, a regressive and ineffective way to raise funds, and use new ways to create income, like local climate bonds and social impact bonds.

It’s important not to get carried away. Westminster Council has never been Labour, and the Conservatives, though incompetent, can be ruthless campaigners. The gerrymandered map still means that (despite our best efforts) we can pile up votes in safer Labour wards but still narrowly miss in target marginals, which is why in 2018 we got 19 councillors and the Tories 41 on near identical shares of the vote.

But we’ve never had a better chance than now. Recent boundary changes have cut out two Conservative held wards and put several more in play. Combined with a solid foundation, good headwind and a great team of candidates – all we need now is help from activists across London. Help us pull this off, hit Boris Johnson in the sorest possible spot, and replace one of the most brutal Tory councils in the country with a Labour council that has a plan for change. 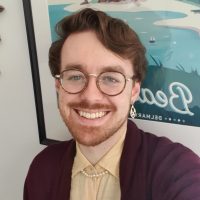 Dario Goodwin is a Labour organiser and council candidate in Westminster.

View all articles by Dario Goodwin