Food prices in the UK are surging, transforming an energy crisis into a deeper and wider crisis of living standards. In February alone, according to Kantar, food prices rose by a troubling 4.3%. This comes amid a backdrop of significant levels of poverty and rising inequality. The number of people in food poverty, long considered a thing of the past, has risen to nearly six million and could rise further as price rises continue to bite. In the past year, some 7.2 million people in the UK – just over 10% of the population – have experienced food insecurity. Shockingly, there are signs that those working in the food sector are particularly likely to face food poverty.

With the UK caught in the worst crisis of living standards for generations, it is vital that the labour movement and Labour Party are able to deliver a bold and comprehensive response to tackle poverty, insecurity and declining real incomes. In this context, it is little surprise that the campaign for a ‘right to food’ has continued to gather pace. The work of Ian Byrne MP, the Bakers, Food and Allied Workers Union (BFAWU) and Liverpool Council among others in pushing for a right to food has been instrumental in driving the issue up the agenda.

Our current food system is not organised to support just and universal access to nutritious meals, a fair deal for food workers and a real say for local communities. A large number of essential inputs for farming are owned by a handful of multinational corporations. The distribution of agricultural land is radically unequal. Landworkers, and employees across the sector more widely, do not get a fair deal or a meaningful say. As a consequence, for a right to food to thrive, the concept needs to be enlarged to become a right to food sovereignty – or a right to food systems – in which ownership models and control in the food sector are reoriented and made locally accountable.

This would require support for new and more democratic and equitable models of ownership in the sector, from farmland to local food shops to community kitchens. While this vision is a departure from the status quo in the sector, it would build on real-world precedents. The work of community-owned institutions, such as Granville Community Kitchen in London, Locavore CIC in Glasgow and Cae Tan CSA in Wales, demonstrate the deep social benefits of a more community-oriented approach. More broadly, the UK has a long history of county farms (farms owned by local authorities that allow new farmers to much more easily enter the sector) and co-operative farms, of which there were more than 600 in the UK in 2016.

While a right to food seeks universal access to food in order to tackle food poverty and insecurity, a right to food sovereignty would offer significant steps toward a food system in which healthy, nutritious food is available to all and affordable to those on low incomes. This could be achieved through the establishment of subsidised community kitchens and community shops, allowing those on lower incomes to both eat out and shop affordably and insulating households from the cost-of-living crisis.

Introducing universal free school meals would serve a similar end: providing healthy, nutritious meals to millions of children and helping to ensure they are well-fed. Reform to food and agricultural policy won’t fix the cost-of-living crisis because low pay, our weak social safety net and eye-watering energy bills each urgently warrant their own policy responses – but it can play a key role.

Labour has been working to reconnect with rural communities and build a strong, constructive relationship with those working in the agricultural sector. A right to food sovereignty, offering empowerment and local control for rural communities, farmers and agricultural workers could play an instrumental role in this process of reconnection. By reimagining ownership in the sector and handing a meaningful say to the food workforce, Labour could also offer a vision of ‘levelling up’ that promises to genuinely empower rural communities.

While building on the inspiring practices of real-world institutions, our work on developing a right to food and expanding its scope would require major reforms to food policy to make it a reality. To that end, our report calls for a number of crucial policy changes.

Firstly, legislation is needed for a right to food and food sovereignty, putting food security, universal access and local control at the heart of policy. Secondly, community wealth building strategies like those developed by Preston and North Ayrshire Councils are vital – using procurement to support the work of local, community-run and cooperative enterprises in the sector. Thirdly, in order to support the growth of food cooperatives at the national level, there is a need to establish a shelter institution, designed to nurture and scale up co-operatives.

Our work also calls for reform of agricultural subsidies to support better models of ownership and ecologically sustainable farming, as part of a wider Green New Deal for Food and Farming. Finally, reorganising the Food Standards Agency as a ‘Food Standards and Security Agency’ would allow the organisation to oversee and help coordinate national efforts to support food sovereignty and root out food insecurity.

All of these policy interventions will require a willingness to stand up for the interests of rural communities, food workers and those facing food insecurity or at risk. But if Labour and the labour movement are willing to embrace a right to food sovereignty, they will be in a strong position to address the poverty emergency, rebuild and empower rural communities, and deliver a fair deal for food workers. 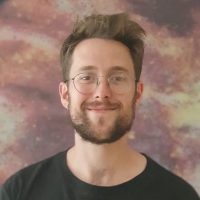 Rob Booth is a food systems researcher at the University of Birmingham.

View all articles by Rob Booth