The Queen’s Speech finally announced a long-awaited renters’ reform bill, but beneath the headlines, it lacks any real substance and lets renters down. The government has dithered and delayed on this, so it’s really disappointing that the proposed bill doesn’t offer the level of support renters up and down the country so desperately need.

The announcement doesn’t include details of any extra money or set out what enforcement powers or institutions will be in place to back it up. The announcement contains soundbites about ‘levelling up’, but it is hardly worth the paper it’s written on when it won’t set up a proper framework to make this happen. As is so often the case with this government, this bill passes the buck to local councils but doesn’t give them the funding or tools to make it a reality.

As the housing crisis continues, the number of people in the private rented sector has increased to more than 4.4 million households. Inner-city areas in particular have large numbers of private renters. Westminster has the largest private rented sector in England, with an estimated 52,700 properties making up 43% of all housing, and in Tower Hamlets, the figure is 40%.

With buying a house getting more out of reach, people are spending longer in the private rented sector, including in many cases bringing up families while renting. The lack of rights for tenants means uncertainty, and in particular, ‘no fault’ section 21 evictions have long-term impacts on families trying to juggle work and school places. This uncertainty hanging over people – who may only be weeks away from being turfed out of a property they consider to be home – is unsettling for those who have put down roots in their community.

22% of those who moved in the past year did not end their tenancy by choice. While many landlords look after their tenants, there are also many cases of rogue landlords, and these come up in my advice surgeries and through my casework depressingly regularly.

Decent Homes was a Labour idea which drove up standards in social housing. It was backed up with money, so delivered real change for social tenants who saw improvements including new bathrooms and kitchens. The government has shamelessly stolen this name, but does not live up to it, as unlike Labour’s costed proposals, this is just spin with no financial backing.

Of course, one of the biggest issues people are facing with rocketing inflation and a cost-of-living crisis is spiralling rents, which this bill will do nothing to address. With an overheated housing market, housing costs continue to eat up renters’ income, meaning they have to cut back on other essentials and have no chance to save for a deposit.

Another issue this bill doesn’t tackle is that councils can only introduce selective landlord licencing in certain areas. This needs updating to reflect the growth in the private rented sector so it is easier to introduce this borough-wide. The bill does not address the erosion of available homes that has been caused by the growth of short-term letting platforms. When I knock on doors across London, I find homes that are being let out on a short-term basis. These platforms are under-regulated, and this is another missed opportunity with this bill.

We await the full white paper, and I hope that amendments can be made by the Labour frontbench to deliver for private renters. The Conservatives have been in government for more than a decade, yet they have failed to offer policies that will empower tenants. A house needs solid foundations to stand up – and so does a plan to help renters. 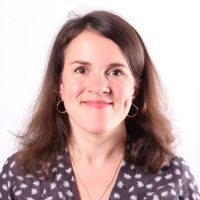 Rachel Blake is the vice chair of Labour Housing Group and a local councillor for Bow East in Tower Hamlets.