Our movement’s very survival is at stake. Keir Starmer’s escalating attempts to push the Labour left out of the party are the frontline of a concerted establishment campaign to banish socialists from public life altogether. Our opponents are serious, organised and well-resourced. As they have made clear time and again, from the suspension of Jeremy Corbyn to the silencing of Young Labour, they will stop at nothing to consign us to the political margins.

Facing these existential threats, Momentum has not been in the fight when it needed to be. We have seen some positive changes, for example to structurally prevent any repeat of the divisive and dubious endorsement process for deputy leader seen in 2020. But, ultimately, Momentum has lacked direction and focus. When members needed leadership, they were given false optimism and vague reassurances that we were ‘building a movement’ – even as our membership declined. There hasn’t been a plan.

The next two years will be do or die, and we desperately need Momentum to lead the fight. That requires a shift to prioritising organising above all else, with a laser-focus on the key objective: defending socialist politics in the party and in public life. The Labour right holds the cards at the top of the party. But any sense that they are all-powerful and unchallengeable is an illusion that works in their favour. They want us to feel disempowered and hopeless. But we’re not defeated yet.

That’s why we have launched Momentum Organisers, ahead of next month’s elections for the national coordinating group (NCG), to collectively develop a plan for the future of Momentum. We need organising that defends the left in Labour, organising that strengthens our local bases in the party, and organising that effectively joins up the left at the grassroots, in local councils, and in trade unions with the left in parliament.

On the ground, socialists like Aydin Dikerdem have been elected to senior council positions, and the left has gained control of the Socialist Health Association, held Labour’s North West regional executive and won a surprising number of Constituency Labour Party (CLP) executives — outdoing the Labour right’s operatives. Labour for a Green New Deal, meanwhile, continues to prove at conference that party members still overwhelmingly support Jeremy Corbyn and John McDonnell’s programme. Momentum’s resources must be poured into organising to defend, and build out from, these bases.

When it comes to social movements and extra-parliamentary politics, we need to be clearer about what exactly Momentum’s role should be in the wider ecology of the left. We should not be trying to replicate existing campaigns. In 2020, Momentum launched a housing campaign that aimlessly duplicated existing tenants’ unions by building its own action groups. It fell flat.

Our ability to support social movement and trade union struggles flows from the strength of our local Labour bases. Locally, we should be helping to forge genuine, long-term coalitions where we socialists in the Labour Party provide a common political vehicle for the aspirations of working-class communities. It is no coincidence that many of our stand-out local successes share a similar story. From the anti-HDV campaign in Haringey, to working with minoritised communities in Oxford to implement an award-winning vaccine outreach programme, to working with UNISON to deliver a £19mn pay rise for care workers in Salford – none of them would have been possible without sustained organising in the party.

And on a national level, Momentum should play a crucial role in actively convening grassroots campaigns, left-led trade unions and our next generation of socialist leaders in parliament. Momentum has produced some strong training materials for organising efforts, such as the community wealth building toolkit. And on the ground, many Momentum members did important work joining food banks and mutual aid groups during pandemic.

But the outgoing leadership took a hugely damaging decision to deprioritise and defund its organising operations, making experienced staff redundant while diverting resources to minor campaigns, a detached digital communications operation and lengthy internal processes directed from London. This has contributed to devastating, narrow defeats, most notably Starmer’s rule changes just passing at Labour conference last year, after a lacklustre Momentum delegate operation, and the left losing control of the London Labour regional executive. We need fewer clips of Good Morning Britain and more hard graft on the ground.

As grassroots members, we know how difficult things are at the moment. We feel the pull of dejection and despair. Too often, our leaders have condescended rank and file activists by obscuring the scale of defeats and underplaying the challenges we face. So, our response to the tens of thousands of socialists who have quit Labour – and sometimes Momentum too – in the past two years won’t be to lecture or patronise them, but to build a fighting, focused organisation that wins them back.

The Labour left is wounded precisely because of our potential threat to the establishment. If we didn’t pose a threat, we wouldn’t be under such vicious attack. Corbynism at its insurgent best in 2017 appealed to millions upon millions of people in Britain (securing the biggest increase in Labour’s vote share since 1945), with politics grounded in the material conditions of massive social constituencies. That terrified our opponents. They have vowed to ensure that such a democratic upsurge is never repeated. It’s no coincidence that the Labour leadership’s attacks on the left have accelerated as the Covid, climate and cost-of-living crises galvanise public hunger for radical economic change.

Ensuring that the left remains a mass political force focused on building power must be at the heart of everything Momentum does. That requires that we learn from the best of our movement, debate the way forward together and then roll out the lessons nationwide. That’s why in the coming weeks we’ll be meeting members and speaking to activists as we develop an organising programme. We won’t pretend this is going to be easy. But united and organised, we can become a force to be reckoned with again. Get involved.

You can follow Momentum Organisers on Twitter. The campaign will be holding meetings across the country in early June, with details published shortly on our website: momentumorganisers.com. 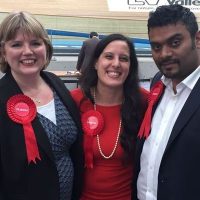 Sasha Das Gupta is a Labour councillor in Newham, London, and is standing to be a member of Momentum's national coordinating group. 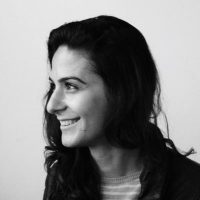 Dr Hosnieh Djafari-Marbini is a Labour councillor in Oxford and is involved with the Momentum Organisers campaign for Momentum's national coordinating group elections.