Five years ago, my then nine-year-old son was getting changed after swimming and yanked his towel up from the changing room bench, inadvertently launching a padlock across the room to clatter into the lockers opposite. “Nelson, that could have hurt someone,” I cautioned. “No it couldn’t,” he shot back. “It’s a deterministic universe!” Aside from being out-thought by a nine-year-old, it’s an interesting question as to whether another world is possible. Historians and philosophers alike ponder over the counterfactual: what would have happened if Hitler had been assassinated, or if Kennedy had not?

Under the now repealed Fixed-Term Parliaments Act, this Thursday would have been a general election. Autumn 2019 saw a series of votes to call an early election, all of which failed to reach the two-thirds majority required by the Act. So, in a single day, Boris Johnson’s government rushed through the Early Parliamentary General Election Act 2019, which needed only a simple majority. Facing the inevitable, the opposition chose to look enthusiastic and voted in favour.

But, if Britain had a proper constitution that prevented governments from passing laws for electoral advantage, this Thursday would be a general election. How would the Jeremy Corbyn-era policy platform fare with today’s electorate? Let’s suppose some version of Brexit ‘got done’ – meaning Johnson and the Tories would have still picked up a bounce. Covid would still have happened.

Lockdown showed the inadequacy of Britain’s internet connectivity. Free broadband would have been a game changer for millions working from home, for schoolkids studying and people isolating. It would have been a real boon to small business, too. In the North of Tyne, we funded tablets and free broadband for those struggling to find work, those isolated from family in care homes and for as many kids as we could afford. But the infrastructure still needs investment. And providing full fibre to all homes and workplaces would cost £579m a year, according to the National Infrastructure Commission – a fraction of the money wasted on dodgy PPE, or fraud, and not that many rolls of the PM’s gold wallpaper.

The cost-of-living crisis brings the eye-watering profits of utilities into focus. Privatised energy companies falling like dominoes. Infrastructure monopolies operating as cash cows. Powergrid North East is privately owned by an American billionaire. Its accounts show an operating profit of £125m on a turnover of £355m. Even the free-market Tories I talk to concede those profits are excessive for a company that failed to keep the lights on after Storm Arwen. Energy bills have risen by 54%, but workers in those industries are not getting a 54% pay rise. Someone, somewhere, is making an absolute fortune out of this. Labour’s current call for a tax on excess profit from fossil fuel companies is spot on. It’s an example of the just transition in practice.

Buses, too, receive widespread support for public ownership. Post-Covid transport is a mess. Why is it that foreign governments can set up companies operating here but our local authorities can’t? And, towards the end of the first lockdown, there was a mood that we can’t go back to the pre-pandemic inequalities. We saw that it was possible to end street homelessness overnight.

Lots of votes in Thursday’s locals will come down to ‘the council never cuts the grass anymore’. How powerful would it be to say: Labour will restore local government funding? The counterfactual shows we would win – now – on a radical, social democratic policy platform – which is what the John McDonnell-era economic policy was. I once asked McDonnell if Labour was going to embrace modern monetary theory. “No,” he said. “We don’t need to.” He joked that by regulating the ‘wild-west capitalism’ of uncontrolled rents and gig-economy jobs, he would, ironically, be the saviour of capitalism.

Labour’s new deal for working people is a direct legacy of that platform. Launched last September, neither the Tories nor the right-wing press have been able to attack it, because it speaks to a truth people experience every day. The 2017 manifesto is a gnat’s whisker away from Keir’s ten pledges – pledges that have not opened the door to a media assault, because they’re popular. A coherent vision always beats piecemeal platforms. Some argue that restraint is the route to electoral success. If anything, Johnson has shown the opposite.

We are facing a cost-of-living crisis, a climate emergency and spiralling global instability. And they’re locked-in by increasing wealth inequality and out-of-control billionaires. I was giving a speech recently and asked Nelson – now 14 and a Labour Party member – what he would want to hear. “I just want someone to show me there’s a way out. That I have a future.” Another world is possible. 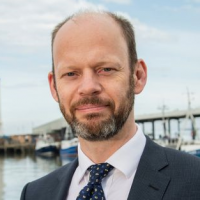 Jamie Driscoll is the Labour North of Tyne mayor.

View all articles by Jamie Driscoll