As bank branches across the country close and shops increasingly turn to contactless payments, the debate over access to cash has been a permanent feature for MPs, like me, who represent a broad range of constituents. For thousands of the most vulnerable – from the elderly to those on restricted budgets – cash continues to be a primary form of payment and a way to manage money. In my own constituency of Newcastle Upon Tyne East, students continue to use cash to balance their budgets and small businesses throughout the area prefer it as a payment method which minimises their transaction processing cost.

Despite efforts to maintain the free cash network, however, the number of ways people can access their own cash has been drastically reduced over recent years. Bank branch closures and the conversion of ATMs to pay to use due to lack of demand have led to longer travel times, limited access and, in some cases, consumers bearing the cost of withdrawing their own money. Every region across the UK has experienced a fall in the number of bank and building society branches. Between 2015 and 2022 4,976 branches have closed at a rate of 54 each month.

In my own constituency, we have just two branches left, and have seen a 71.4 % reduction since 2015. East Newcastle also hosts one of many highly populated postcodes without a free-to-use (FTU) ATM – an issue I have sought to highlight to the bodies responsible for safeguarding the network. The challenge remains that the good intention behind maintaining the network has not resulted in a long-term, sustainable future for the UK’s cash infrastructure.

The government has published a response to its consultation, setting out its planned approach of legislating for access to cash in the financial services and markets bill. Previously, geographical metrics for access have been considered the primary route to ensuring access is maintained, but this has not prevented cash deserts in some parts of the UK. I am concerned that this is still the case. A more sophisticated approach to the funding model for FTU ATMs, which considers geography, age and population demographics and the economic deprivation within a certain area, should be considered. Only by taking into account the people using a cash machine can we find a long-term solution to ensuring they are able to make a withdrawal.

Future legislation needs to ensure that businesses are enabled to accept cash as a form of payment. With the number of shops accepting contactless only rising during the pandemic, there is a risk that without improved deposit facilities the number of shops accepting cash will decline further. Ultimately those without access to – or who choose not to use – contactless will be left behind as businesses are disincentived from accepting cash as a payment because the logistical burden becomes too high.

The answer to both challenges is better industry collaboration on this issue and a clear mandate from government and the FCA on what good looks like. Legislation needs to ensure there is clear accountability for the future of the cash network, and that access to cash is defined and measured in a way which accounts for long-term changes to usage for years to come. Crucially, this bill must ensure that consumers across the country are not left unable to access their cash because the infrastructure has been allowed to decline due to a poor funding model and an assumption that cash will dwindle in importance. For many, it remains key. 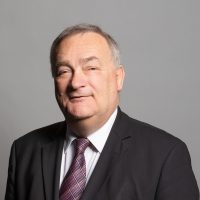 Nick Brown is the MP for Newcastle East and chair of the Commons finance committee.

View all articles by Nick Brown