As a cabinet member overseeing Stockport Council’s economy and regeneration over the past three years, I have been privileged to be able to demonstrate the difference Labour can make when we have power. As my colleague councillor Elise Wilson eloquently put it in her recent LabourList article, the work we did is now transforming Stockport town centre by making it a centre for communities to live and enjoy. Moreover through Viaduct Housing, the council’s housing delivery vehicle we set up, we built not far off 2,000 affordable and council houses.

I worked hard to put community wealth building and the idea of ‘the Stockport pound’ (where what is spent in Stockport benefits our communities as much as possible) at the heart of our economic work through our new economic plan. Finally, by working pragmatically with the government – which has not been easy – tangible public transport improvements such as a new railway station in my patch of Cheadle are almost here.

This work has been tough, especially when defending a majority of two in your own ward. I was elected in 2018 in a ward that, despite having been tirelessly worked for the best part of two years prior to the election, many thought was impossible to win. Cheadle Hulme North was a Lib Dem stronghold for many decades. Very little campaigning, bar the odd leaflet here and there, used to happen.

That all changed four years ago when I became the first Labour councillor in the area for well over 50 years. Winning that seat gave Stockport Labour group the numbers to lead the council for a further four years. Winning took graft: weekly door-knocking sessions; being a visible presence, almost to the point of annoying people for how often they see you around; distributing regular monthly leaflets; and, most importantly of all, responding to the issues that matter and showing the difference we, as a party, can make locally.

One example of the latter is the chronic lack of NHS dentists – dental practices turning private overnight, throwing many families into financial uncertainty over their basic healthcare. This recently happened to many of my residents and led to families contacting me, panicking over how they can afford to take care of their children’s teeth.

Securing replacement NHS provision for those in desperate need ranks up there in terms of my most rewarding achievements. It showed the difference we can make when we listen to our communities and put our values into practice. It made Labour relevant to people, some of whom had never voted for us, because we were fighting for them. All this work of mine was rewarded when, a few weeks ago, I was re-elected with a far more comfortable majority of 236. I had done what to some still felt like the impossible. But it isn’t.

I recently read about how the party could soon be establishing ‘campaign improvement boards‘ to support those Labour groups that require improvement. While the proposed approach is robust, I am encouraged by it. This is not because I want to see Labour groups bullied into submission – indeed, there must be a degree of comradely support with this approach. I am encouraged because the party has realised that the key back to power nationally is through the collective work of its councillors and local Labour groups. It is placing its trust in us.

Winning people locally by dealing with smaller but nevertheless important issues earns trust, and you can begin to bring them with you on the larger issues at play. I look at the tremendous work Trafford Labour group has done under the leadership of councillor Andrew Western. Trafford was once the jewel in the Conservative crown – but how times have changed. The Labour group is only getting stronger, year on year, as people see the excellent work the group is doing.

One ward, Ashton upon Mersey in the Altrincham and Sale West constituency, was solidly Conservative – this year, we took the third seat. The constituency’s MP, the 1922 Committee Chair Graham Brady, will soon face his own vote of no confidence in front of the electorate. Through the hard work of Trafford Labour group, I expect he may not succeed. This has taken graft, assured and focussed leadership and a collective will to demonstrate the difference we can make locally.

Meanwhile, up in the beautiful hills and towns of High Peak, I have got to know many of the superb Labour councillors there over the last few months. Their dedication and enthusiasm for local government through their leadership of High Peak Borough Council, coupled with the difference they are making to people’s day-to-day lives (from beginning work on refurbishing Glossop Market Hall, securing subsidised new housing for local residents in Buxton and fighting the Tory-led Derbyshire County Council’s plans to effectively all but close many of its local libraries) is laying the foundations to regain such an important bellwether seat. I really look forward to playing my part there at the next election.

Getting Labour back into power is a collective endeavour. What the proposed improvement boards approach recognises is that every Labour group has a hugely important role to play between now and the next election. Every group’s actions reflect on all of us. Indeed, as I and others have shown, campaigning and winning that so-called impossible seat can lead to power and changing lives locally. In turn, it will make all the difference in getting Keir Starmer into No 10 when the time comes. 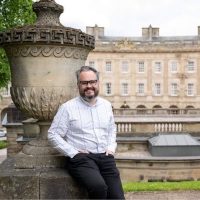 David Meller is a Labour and Co-operative Party councillor on Stockport Council and the Labour spokesperson for the economy and regeneration.

View all articles by David Meller