Last Saturday, I took to the streets of London with thousands of other working people to make our voices heard and #DemandBetter. A YouGov poll over the weekend showed that 57% of British people say their personal financial situation has worsened over the last three months, nearly double the figure recorded during the third lockdown.

And it’s very easy to see why. I know from my own and my friends’ experiences that the cost of everything is going up – from food to public transport to heating. But the worst may be yet to come, with the energy price cap set for another rise just ahead of the winter, inflation continuing to climb and the economy looking like we could be heading into another recession. Our callous government would tell you to put a jumper on if you’re freezing, to cut back on Netflix or to learn to cook better. The reality is that we are in a cost-of-living crisis and no amount of tinkering around the edge can substitute for the actual help people need.

The support our Prime Minister and Chancellor have delivered so far has been half-arsed at best and has barely moved the dial to protect those who will be most impacted by this crisis. The 5p reduction in fuel duty, for example. Can anybody say they’ve even noticed the difference as prices continue to go up? Can anyone say life has improved since the Spring Statement?

To add fuel to the fire, workers’ rights across the country are under threat. Fire and rehire – despite being a universally despised practice – has still not been outlawed. A new bill on workers’ rights promised years ago? Missing in action. In fact, the government – fresh from their failure to provide proper support to people across this country – is launching a new attack on the rights of workers.

This week, Business Secretary Kwasi Kwarteng will introduce plans to allow bosses in all sectors to bring in agency workers to replace strikers. Restrictions on this have been in place for half a century, and the change will undermine the right to strike in ways that would even shock Thatcher. This will not be debated in parliament or via legislation open to scrutiny and opposition, but will simply be introduced by statutory instrument.

This is not a government that has the priorities of the vast majority of people in this country at its heart. They are veering violently from crisis to crisis, by-election to by-election, focusing only on their own survival.

The message we took to the streets on Saturday was that we need a new deal for working people. We need more rights and better pay. We need a country where nobody has to choose between heating and eating and where everyone can get well-paid, fulfilling work that respects them and their rights as an employee.

It can be easy to feel discouraged, particularly with the constant barrage of negative news and after living through more than a decade of Conservative government. But on Saturday, as we all marched to #DemandBetter, I felt hopeful. I was proud to march with so many people. We showed that we are stronger as a collective, and we made our voices heard.

The trade union movement must now keep this momentum going and continue to make working people’s voices heard. We need to keep winning new pay deals for our members, protecting their rights at work and improving their conditions. We need to defeat anti-worker policies like fire-and-rehire and continue to press the government for real change. We need to stand in solidarity with one another, recognising our movement is stronger when we stand together. And we need to work to elect a Labour government – one that will truly deliver on the priorities of workers across the country and deliver meaningful support to those who need it.

We want better pay and better rights – and we want them now. Under this government, we’re sure as hell going to have to fight for them. 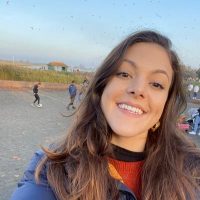 Melantha Chittenden is head of communications and media at Community union.

View all articles by Melantha Chittenden