Ownership of the UK’s corporate landscape is quietly but drastically shifting. While the UK has long suffered from a deeply unequal distribution of asset ownership the last twenty years have witnessed a major concentration in who owns UK companies. This trend, the rise of the big asset management companies – particularly BlackRock, Vanguard and State Street – has huge implications for how the economy is run and in whose interests.

In the 1980s, Margaret Thatcher’s government dismantled the post-war settlement, abandoning the mixed economy and selling off key public assets in the name of building a ‘shareholder democracy’.  While this aspiration never came to fruition, the decline of widespread share ownership (including through pensions) has accelerated since the turn of the millennium. As the think tank Common Wealth’s work with the TUC and the High Pay Centre shows, UK pension funds directly own only 6% of companies listed in the UK.

Common Wealth’s new research demonstrates that US firms BlackRock and Vanguard now own more than 10% of the FTSE 350 and an even larger share of the FTSE 100, together owning a massive part of the UK’s biggest and most recognisable companies. This raises key questions about the influence of a small number of giant companies over the direction of the UK economy and beyond.

As well as a fundamental question of power and inequality, the rise of the big asset management companies also presents questions on how the UK responds to the climate crisis. ‘Passive funds’, a key and growing type of fund offered by companies like BlackRock and Vanguard, continue to hold major investments in fossil fuel companies, even while other funds begin to move away from investments in fossil fuels. The continuation of these investments poses risks to all of our futures – and action to provoke divestment is urgently needed. Moreover, the largest asset management firms have proven unwilling to sufficiently use their outsized influence over major polluters and emitters to drive them toward sustainability.

The growth of the asset management industry, in which fund managers steward assets on behalf of investors or pension funds, has empowered a small number of fund managers to steer huge swathes of the economy. As a step toward making investment more democratic, pension funds should be reformed so that the trustees of pensions are directly elected and accountable to those saving into a pension. In conjunction with this, asset management companies should be reformed to require firms to make investment decisions under the instruction of investors. This would ensure that fund managers answer to those who have placed their money into such funds. Finally the legal duties of pension funds and asset managers should be rewritten to incorporate climate goals, enshrining a duty to invest sustainably and responsibly into law. This would ensure that the law prevents fund managers from investing in new fossil fuel investments – as is currently the case.

However, simply reforming the asset management industry is not enough. The distribution of pension wealth is highly unequal, with many locked out altogether. Direct investment in financial assets, for instance via retail Exchange Traded Funds or direct shareholding, is even more unequally distributed. One ambitious solution to this imbalance would be the establishment of a public asset manager (or PAM). This would be a government-backed asset management company owned by the public and run in the public interest. Over time a PAM could build up shareholdings in the UK stock market, ensuring all of the public own a stake and have a say in UK companies. A PAM should also have a specific environmental remit, using its investments to decarbonise key industries and meet climate targets. Such an approach would help meet the target put forward by Labour last year to cut the substantial majority of emissions by 2030.

A PAM would not just help deliver an economic model which genuinely works in the interests of the majority but would also help drive the UK’s transition to net zro, transforming the UK from climate laggard to climate leader. In tandem with reforms to pension funds and asset management firms, they demonstrate how a new economic settlement can be built – one based on a fairer distribution of wealth and power. Since the 1980s, public assets have faced extreme decline, leaving an unequal and unfair distribution of share ownership in their place. With share ownership increasingly dominated by a few asset management companies it is all the more urgent that we build new and more democratic forms of wealth. A public asset manager would be one vital way of doing this while aligning the country to more ambitious climate goals. 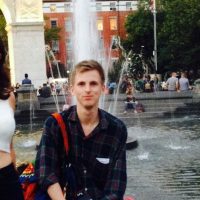 Chris Hayes is a senior data analyst at the Common Wealth think tank.

View all articles by Chris Hayes