The six-year anniversary of the Brexit referendum has been marked by a slew of reports and polls on its impact, which highlight the increasingly negative effect it is having on the UK economy and growing public disillusionment with the result. To that cavalcade of reminiscence and recrimination, we can now add the reopening of party political debate on Brexit, after Keir Starmer ended Labour’s near-silence on the subject with a speech attacking the Tories’ disastrous deal and spelling out how he would improve it.

It is as welcome as it is timely, with the Labour leader’s five-point plan ameliorating some of the worst aspects of the Tory Brexit deal by tearing down certain egregious barriers. Looking at what the plan actually says it will do rather than what it (for now) rules out makes for encouraging reading for pro-Europeans.

Indeed, on many issues, it echoes the policies proposed in European Movement’s Stories of Brexit report last year, which I edited – from a deal on sanitary and phytosanitary measures to resolve the Northern Ireland protocol, to new visa arrangements to enable British musicians to tour the European Union without hassle, to mutual recognition of professional qualifications and making it easier to do business with and in the EU.

The gradual, step-by-step approach being advanced by Labour is crucial to the success of any long-term pro-EU endgame. Running headlong back up the Barnier staircase in one fell swoop would be inconceivable at present. The Brexit frog will have to be progressively unboiled, the economic damage undone bit-by-bit, public support built up over time and relations with the EU and European capitals reset under a new Prime Minister.

And that economic damage will continue to get worse under this Tory Brexit deal, with the government’s own Office for Budget Responsibility concluding recently that Brexit will ultimately reduce productivity and growth by 4% compared to if we had remained in the EU (equivalent to £100bn a year every year the Tories remain in office) as the UK misses out on much of the recovery in global trade because of Brexit.

A report from the Centre for European Reform (where Starmer delivered his speech on Monday evening exactly eighteen months after Brexit fully came into force) found that, by the end of last year, the UK economy was 5% – or £31bn – smaller than it would have been if the UK had stayed in the EU. Add to that the Organisation for Economic Co-Operation and Development’s conclusion that the UK is set for the worst growth of any G20 economy apart from Russia this year, and the grim outlook is clear.

In terms of the polls, Ipsos MORI revealed last week that nearly half of people say Brexit has made their life worse. Less than one fifth say it’s made their life better. Among 2016 Leave voters, more and more are saying Brexit has negatively impacted their lives. The public still believe Europe and the EU is the most important partner for the UK, ahead of the Commonwealth and the United States.

As the months and years tick down to the next election, those figures will only get worse for Brexiteers. The cost-of-living crisis, as the Resolution Foundation noted, will only be worsened by Brexit, with higher import costs hitting British workers to the tune of £500 a year. With up to three more summers until the next election is called, the inconveniences of Brexit will also be more deeply felt. Three more summer holidays may lay ahead in which British tourists have to queue for hours to get through passport control – while EU citizens stroll through unstamped – then risk getting hit with extortionate mobile roaming bills.

There is more to be fleshed out in Labour’s Brexit policy, of course. To name just three areas: workers’ rights and the need not just to maintain the rights we have, but to match any new EU employment protections (as I said in my speech to last month’s GMB congress); future opportunities for young people, including rejoining Erasmus, as well as Horizon and Copernicus; and consumer protection and product standards, for example ensuring travellers whose holidays are delayed or cancelled have the same rights as they did before.

Starmer’s five-point plan is a good base for undoing some of the damage of Brexit. It will resonate with the public – even amongst Leavers – and in finally talking about Brexit, makes it easier for Labour to explicitly attack it and force the Tories to defend their dire deal, something they appear, from Boris Johnson down, to be petrified of doing. 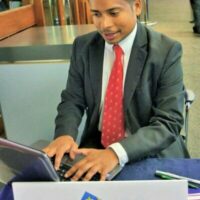