Any future Labour government must recognise that improving the world of work is a crucial focus for achieving progressive change. In the midst of this summer of discontent, as organised labour fights back against this repressive Conservative government, we urgently need a vision for a fairer future for working people.

There has been a 20% fall in real wages over the 12 years of Conservative rule. The Tories’ rigid adherence to doctrine of market fundamentalism has led to an average 50% funding reduction to local services in working-class areas and punitive benefit and welfare cuts for the vulnerable in our communities.

With the majority of those in poverty actually in work and the effects of the coronavirus pandemic showing up the massive structural inequalities at work and in wider society, people are demoralised and suffering. Food and housing insecurity has had a visceral effect on well being and self worth for many.

The country is crying out for change. When my union, CWU, balloted engineers and call centre workers in Openreach and BT we won an overwhelming 95.8% and 91.5% ‘yes’ vote respectively. We began taking strike action last Friday for a proper pay rise from a company which made £1.3bn profit, paid £750m to shareholders, £3.5m to their chief executive officer (CEO) and put prices up for customers by 9.3%.

We also balloted workers in Royal Mail Group and obtained a 97.1% ‘yes’ vote. That’s over 87,000 postal workers voting for action against an imposed pay offer of just 2% for key workers who kept the country connected all through the pandemic whilst they pay £2m to both CEOs. We have served notice for a second strike ballot to protect our members legally but there is little doubt what that result will be.

Whilst CEOs are using Swiss banks, our members are using food banks. Not anymore. Unions are organising, and working people are voting to say that enough is enough. That is why it is vital that Labour promotes an alternative vision of how our society could be better and speaks directly to working class people about it.

Labour Party conference in 2021 agreed a new deal for working people, putting it at the heart of Labour’s promise to the electorate. The current Labour leadership committed to the detailed programme of this new deal in a green paper and for it to be implemented within the first 100 days of an incoming Labour government.

The values running through the new deal are collectivism, dignity and respect at work. The green paper it makes clear that “Labour is committed to strengthening the rights of working people by empowering workers to organise collectively through trade unions”, and that “everyone needs and deserves improved living standards and economic security”.

The new deal programme contains improved rights for unions to organise and take industrial action to defend our members’ terms and conditions, creating a rebalanced economy that is socially sustainable. It will put in place changes that recognise the new challenges of a modern and diverse workforce.

This Tory government’s refusal to fund even moderate rises in wages, where they are in effect the paymaster, as inflation soars, on top of their moves to further curtail employment rights that allow Unions to fight back, shows up the importance of free trade unions to maintain our living standards. These attacks on trade union rights will only intensify under the next Tory leader. We must unite our movement to stand against them.

The RMT’s articulation of a coherent and popular case in defence of decent jobs and quality transport services for customers has shown the way. Hundreds of thousands of workers across the private and the public sector are currently balloting for industrial action or considering doing so in the coming months.

As Labour affiliated unions we expect support from the party when we take action in defence of our members interests. Thank you to the Labour MPs who joined us on picket lines last Friday. Our current disputes on pay and terms and conditions cannot be ignored at a time when we are having the most ferocious cost of living squeeze in generations. Showing solidarity for our struggles at the workplace is the way that we as a party show how we will transform the realities of people’s working lives.

The Labour leadership must promote a vision of change at work that inspires working-class people to see that politics matters and to vote Labour. We need the promotion of an economic alternative based on greater public control and regulation of the utilities including energy, water, mail, broadband and transport – this must include public ownership of significant areas of infrastructure in these sectors to be effective. In addition, we need commitments to long-term investment in our current national and local public services and an end to the outsourcing that drives down working conditions.

We need a Labour vision that unites our diverse society and recognises the priorities of a modern workforce. To make the aspirations for decent pay and job security real for all, we have to challenge the everyday discrimination that holds so many working people back.

Improved rights to flexible working, a radical plan to make childcare affordable and truly accessible, dealing with the entrenched gender race and disability pay gaps, ending sexual harassment and combating homophobic and transphobic harassment at work – these are just some of the rights that are long overdue.

We need improved rights for unions to access and organise in the new and growing sectors of the economy so the benefits of new technologies lead to higher wages and better terms and conditions such as a shorter working week. We need to provide proper standards for younger workers and those in the casual economy with a single status of ‘worker’ with employment rights from day one. The ban on ‘fire and rehire’ and the replacement of zero-hours contracts with ones with guaranteed hours are just some of the improvements promised in the new deal that will have a real effect.

The story of how the Labour party was founded to give a voice to working people in parliament is not ancient history, it is a continuing reality. 21st century trade unionists need a Labour Party on our side and a Labour government that delivers for working people. 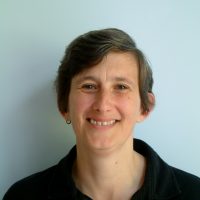 Maria Exall is a member of the Communication Workers Union (CWU) and vice-chair of Labour Unions.

View all articles by Maria Exall