Once again the Labour Party finds itself in the midst of internal elections. Elections that will shape policy, electoral strategy and member democracy for the crucial months and years ahead. With a general election very much on the horizon, and the Tories showcasing their political ineptitude to the country, we all recognise the need for a Labour government – a Labour government that has to recalibrate the very fabric of our country. This means standing up for the rights of migrants and asylum seekers, supporting the most vulnerable, investing in our country’s deprived communities and being shoulder to shoulder with workers as they fight for better pay and working conditions.

At this time, when more and more communities begin to feel politically homeless, we desperately need a bold vision for our country’s future. We need radical and structural reforms to address soaring profits whilst working-class communities suffer from outrageously high energy bills, a plan to address the housing crisis and a vision to kickstart our economy through a green new deal that will bounce Britain into a new era of modernity. It is only with a bold socialist vision that these transformative things can be made possible.

Amidst all of this, however, the party faces an issue that goes to the very soul of our movement and is, ultimately, the reason why I stood down in the national executive committee’s (NEC) BAME representative election – we’re just not practising the type of world we want to see and live in.

When I joined the Labour Party at the age of 14, I believed in a socialist, democratic and anti-racist movement that wanted to ensure that voices are heard and amplified, especially the most marginalised. A movement that wanted to redistribute power from the top and share it amongst the many. The revelation of the much anticipated Forde Report proved to be a damning indictment of anti-Black racism in the Labour Party, confirming the suspicions of global majority members of the party. Highlighting a hierarchy of racism, demonstrating that issues of racism failed to be grappled with, understood or even addressed by senior party officials or reps.

The dysfunction of BAME Labour and the lack of effective democratic structures in the Labour Party deny Black and other members from global majority communities the ability to organise, mobilise and empower each other – leaving us without proper representation within our own movement.

The Black Lives Matter protests, cases of institutional racism throughout the UK (including child Q), high-level of child exclusions and low attainment figures, the ethnic pay gap, maternal deaths, tolerance of unlawful discrimination and exploitative experience of Black and other global majority workers highlights the extent to which a disregard is expressed about the issues that face our community.

Finally, the unequal and unfair power dynamic the Labour Party was established to oppose is actively used, promoted and encouraged within our movement – where key decisions on who represents us is made through deals and factional strategy rather than through the will of the membership.

What I have indicated requires the labour movement to ask itself the question: exactly how do we treat and regard Black and other global majority members who have the same shared vision for a better society? Because, to me, within our movement they are not even met with the dignity worthy of the party.

I am reminded of the infamous words first uttered by the late, great Bernie Grant in 1984: “You see our problem is that Black people are not a priority in the Labour Party and trade union movement at the moment.” Regrettably, the sentiments of these words reverberate some 40 years later suggesting that, on issues of race, the Labour Party is still some four decades behind.

It is heartening to see more and more Black men standing for parliamentary selection and in these internal elections for Labour’s NEC and represents a necessary step our party needs to take in order to ensure the sensitivities of race are recognised. But my experience and recent history have shown the overwhelming dictate that comes from a few individuals from our trade union affiliates, determining the BAME representative seat. Being a member of Unite and an elected member to the equalities committee of the Musician’s Union, I understand firsthand – and will not deny – the crucial role that trade unions play in shaping our country for the better. This does not mean, however, that they are free from criticism.

The NEC BAME representative election is the only time Black and other global majority members can take part in having a say and voting for someone specifically looking out for their needs, interests and concerns; as the Labour Party rulebook states: “The BAME member shall be elected through the party’s BAME representative structure by an electoral college of 50% one-member-one-vote ballot of all members self-defining as BAME and 50% affiliated trade unions.”

When BME communities speak about tackling racism across the UK, we often hear the reply ‘what we have done is… But more must be done’. The trade unions have been historic upholders of institutionalised racism. However, this doesn’t need to be the case moving forward. I am urging the Labour Party and affiliated trade unions to address this injustice in order for us to create a truly anti-racist and inclusive Labour Party and trade union movement. 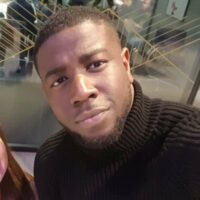