Amidst the unfolding disaster of Tory Britain, Labour’s 2022 conference offered Keir Starmer the opportunity to lay out a compelling alternative to the country. And it was to the left that he turned. Between them, the leader and Shadow Cabinet announced policies of a zero-carbon energy system by 2030, the nationalisation of rail and a new, publicly owned green energy company: Great British Energy (GBE). Meanwhile, Lisa Nandy flirted with rent freezes.

These are mostly policies developed or adopted during Jeremy Corbyn’s leadership and they are popular with the public – a testament to the campaigning and political education work of trade unions, think tanks and organisations like Momentum. But while we on the left support these policies, we should not underestimate how much more we have to do if we are to see a Labour government that truly delivers for working class people.

Keir must go further and we must push him. Motions on a £15-an-hour minimum wage, inflation-busting pay rises, public ownership of key industries like rail and mail, and a universal national care service all passed unanimously or near-unanimously at this year’s conference – making them part of the party programme – and enjoy widespread support in the country. With energy bills soaring, public services in permanent crisis, wages stagnant and climate crisis arriving, it’s no wonder people have had enough of a failed status quo.

So we must do more than tinker at the edges. As the likes of We Own It and Common Wealth have said, this welcome step on GBE must be complemented with full public ownership of our energy system – members, unions and the public all want the profiteers kicked out and greater democratic control for workers and local communities. It’s vital for an energy system working for people and planet alike, alongside public ownership of our sewage-spewing water system.

Our job is to leverage that public appetite for real change and to relentlessly campaign for these policies so they are included in the 2024 manifesto. With the right now controlling more Constituency Labour Parties (CLPs) than the left, and Labour embracing big business, this will be a challenge. But we at Momentum are ready for it.

It could not be more necessary. Kwasi Kwarteng’s disaster-class Budget didn’t just tank the pound, it embraced class war – from corporation tax cuts to the abolition of the 45p income tax band for the richest as well as promising disturbing new anti-trade union laws. No wonder only 19% of the public thought it was fair, and the Conservatives’ polling numbers have tumbled. The Tories have established a new dividing line in British politics with their trickle-down economics: the rich versus the working class.

We saw elements of class rhetoric and openly anti-Tory messaging from the Labour leadership at conference. Yet the sad truth is that rather than truly taking on the Tories, Starmer has all too often turned his fire – and the media’s attention – on grassroots Labour members.

Even this weekend, promising policy offers have been overshadowed for many members by revelations of the Labour Files, which documented cruel and vexatious investigations, the harassment and abuse of left-wing members by those on the right of the party, as well as the lies told about Momentum. Over the last few years, we have seen anti-democratic proscriptions – applied retrospectively, against all principles of natural justice – bogus suspensions and the blocking of well-respected, left-wing candidates, often with no explanation.

Meanwhile, the offensive against the left continues. At conference, the national executive committee chair of disputes – the most senior elected official in this area – was quoted saying that the party must ‘shut the door’ on the left, for good, even as the leadership were browsing the left-wing policy cupboard. This isn’t just unjust – it’s self-defeating.

The left is the wing that brings the ideas, the activists and the energy to our party. Attacking it only weakens Labour; while we’d prefer to spend every bit of our resources campaigning for socialist policy and a Labour government, we are forced to defend ourselves and our members, fair process and party democracy. We will keep up this fight. But regardless of what is thrown our way, we’ll be campaigning for common-sense socialist policies in the run up to 2024. The country is in crisis and crying out for a bold alternative.

Such are the stakes in this Tory cost-of-living crisis, however, that we cannot simply wait for an election – people are struggling right here, right now. That’s why we will also be mobilising our members throughout the autumn to picket lines, whether that’s posties with the CWU, firefighters with the FBU, nurses with the RCN or teachers with the NEU. And we will be calling on the Labour leadership to stand shoulder-to-shoulder with workers fighting for their livelihoods against bosses who are raking it in, aided and abetted by their mates in the Tory Party.

While our ‘Labour for labour‘ campaign motion didn’t make it to conference floor, motions calling for support for the FBU in their upcoming struggle and for MPs to go to picket lines passed overwhelmingly, alongside unanimous support for UNISON’s motion on inflation-busting pay rises. If the Tories have declared class war, the Labour leadership should respond by placing itself firmly on the side of the organised working class, by backing trade union struggle and a real alternative to this failed system. That is our fight. 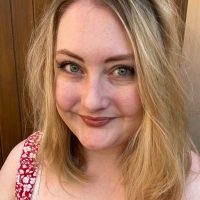 Kate Dove is the co-chair of Momentum.

View all articles by Kate Dove