As a Black disabled woman, I know that many of the rights I enjoy today were won through the courageous and brave actions of men and women who have come before me. From the Suffragettes who chained themselves to parliament to secure votes for women, to the Bristol Bus Boycott against the racist colour bar in my home city, to disabled people handcuffed to buses fighting for our civil and human rights – underrepresented people have consistently used protest as a tool of making our voices heard.

That is why I am so concerned by the government’s hostile public order bill, currently going through the House of Lords, which will make it significantly harder for us to deliver meaningful change in society. Many of the draconian measures in the bill were flatly and rightly rejected earlier this year by the House of Lords. They knew that the measures would criminalise legitimate protest tactics and dissuade people from taking to the streets for fear of the consequences.

Measures, including a new offence of locking on, will drag disabled people and others into the criminal justice system. For example, disabled activists who locked their wheelchairs to traffic lights in protest at the 2010 Tory led coalition government’s cuts to social security would be criminalised under this bill. Direct action not only helps to bring about fundamental change, but it has also helped to change the narrative of how we are represented. Through protests, we showed that we have agency and that we can determine our own future.

Moreover, these new powers are exacerbated by the creation of a new offence around intentional obstruction of a suspicion-less, protest-specific stop and search, which could be used to target legal observers or community-led protest marshals who play a vital role in protecting the rights of groups by keeping them safe and explaining many complicated and technical laws. Without this crucial function, disabled people, and Black, Asian and ethnic minority people will be less likely to go out and protest as they feel less secure.

The measures in this bill are an over-expansion of police powers and are being introduced at a time when trust between the police and the public is already extremely low. They will have a chilling effect on the right to protest, increase criminalisation and entrench disproportionality in the criminal justice system.

This bill will not solve the problems it claims it seeks to address. Clamping down on protest will impact all of us, but it is those of us from underrepresented backgrounds who will suffer the most. The government should be safeguarding our right to protest, expression and security. If it really cared, it would have brought forward a victims bill and ensured justice for the 1.3 million victims who gave up on the justice system last year.

It beggars belief that the government has brought forward this bill during a cost-of-living emergency, when it should be focusing its efforts on fixing the economic mess that it has created. Instead, the Tories have resorted to their usual tactic of sowing division and finding targets to scapegoat. 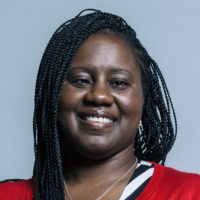