The Tory Party as the ‘tethered beetle’

Hailed as the most successful political party in history at attaining and retaining power, the Tories have always adapted to survive and thrive. Since 2005, this shapeshifting process has accelerated, with no fewer than five political iterations – reinvention (Cameron/Osborne); adjustment (May/Timothy); shapeshifting (Johnson/Cummings); the break (Truss/Kwarteng); and reset (Sunak/Hunt).

But serial adaptations are a sign of crisis and come at a cost. The longer-term effects of political shapeshifting can be likened to the tethered beetle in the horror film The Wicker Man. Hidden in a child’s desk at school is a large beetle with one leg tied by a piece of thread attached to a nail. Each time the beetle makes a circuit the thread tightens around the nail. The tethered beetle metaphor applied to the Tories suggests that, even as it has reaped short-term benefits from each adaptation, eventually the party finds itself in ever-reducing ideological and political space.

The Conservatives stagger out of the wreckage of the Truss experiment

The Truss experiment – the terrible implementation of a failing neoliberal dream – lasted only 45 days. This was a record short political life, outlived even by an iceberg lettuce. Staggering out of the political wreckage, Sunak and Hunt have tried a final desperate act of adaptation. But the pragmatic abandonment of the Truss programme has led to a lack of political direction and with it the potential loss of the Conservative historical project. Raphael Behr of the Guardian suggests that “the Downing Street strategy looks like a hybrid of Budget austerity, appealing to traditional, fiscal conservatives, and a Brexity border fixation to lock in those voters from former Labour heartlands who were more recently recruited to the Tory cause”.  But this is not the strong regressive combinational politics of Johnsonism. Instead, it looks more like ‘dilution’ – less Johnson and less Truss – in a vain search for the ‘Red Wall’/’Blue Wall’ alliance.

Conservative political hegemony of recent years has been reflected in the 40%+ voting bloc. While the Conservative-intended vote had been declining since 2020, it was the Kwarteng/Truss ‘fiscal event’ that proved to be the new Tory ‘Black Wednesday’. Prior to this, they were about ten points behind Labour and still very much in the electoral game. Labour needs a 12-point lead to have a majority of one. Now, the Tories are languishing in the mid-20s with the ‘Sunak bounce’ having fizzled out.

It is also instructive to compare current political patterns with the 2015 general election scenario that continues to mortify Labour Party members. Ed Miliband’s Labour was leading in the polls running up to the election only to eventually lose it. But there are critical differences between now and then. Labour’s lead in late 2022 is far larger and more consistent. There is no right reserve bloc in the form of a sizeable UKIP vote on which the Tories can draw. And following 12 years in power and the latest episode of economic incompetence, there are no plausible attack lines about Labour ruining the economy. Added to which, the ‘Brexit window’ is closing; a majority of those polled now state that they regret leaving the EU. Finally, there is no wriggle room for a splurge of tax cuts prior to 2024. All the Conservatives have to offer is tax rises, ‘austerity 2.0′ and recession – a lethal political cocktail that could fuel even more indiscipline within the Conservative Parliamentary Party.

Labour will most likely win the next general election but winning to do what?

Winning office to govern is critically important. Everyone knows that. But the question facing Starmer’s Labour is winning to do what? While the extent of Labour’s electoral lead is very important, it is illuminating to look at the political terrain through the lens of bloc politics. As the regressive bloc has shrunk (it is now about 30% if the Reform/UKIP vote is added to the Tory total), so a potential progressive bloc has expanded. As of November 2022, taking together the intended voting totals for Labour, the Liberal Democrats and the Greens, a putative ‘progressive alliance’ would amount to no less than 65% of the English electorate.

However, with a possible healthy majority, Labour will be more than tempted to go it alone. Nevertheless, to ignore the potential of the progressive bloc is short-sighted. The decision by the most recent Labour party conference to back proportional representation is a big step in the right direction and, as Wales shows, cross-party collaboration can make for sustainable progressive majorities.

Tory political hegemony is now in steep decline. The key question is whether Labour can develop its own progressive hegemonic project. This is not about party domination, but in fact the opposite. To be truly hegemonic is about forging relationships with other political and cultural forces in which the major force sacrifices some of its own immediate interests in order to offer moral leadership. If this is one yardstick of building political hegemony, Labour still has some way to go.

This is an extract from The decline of Conservative political hegemony: the failed Truss experiment and the loss of a historical project – published by Compass. 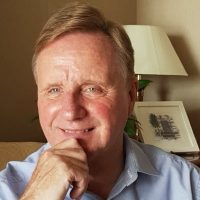 Ken Spours is emeritus professor at the UCL Institute of Education and an associate of Compass.

View all articles by Ken Spours