For Labour to win over the electorate, it cannot continue to shut down democratic debate and protests on issues of the climate crisis. In a recent phone-in discussion on LBC, Keir Starmer aligned his commitments to the demands of the campaign group Just Stop Oil by pledging no new oil and gas licences. Despite sharing the aims of these campaigners, however, Starmer is also keen to press ahead with the current Tory plans to introduce stricter sentences for climate protesters.

Central to these plans has been the public order bill, which has been passed by the Commons and is currently pending with the Lords. If passed, the maximum penalty for wilful obstruction will increase from £1,000 fine to an unlimited fine and/or six months imprisonment. This same maximum penalty will be applied to protesters who attach themselves to objects, people or buildings to cause disruption. Additionally, the act of disruptive protest that prevents or significantly delays key infrastructure would be criminalised with a maximum sentence of 12 months imprisonment and/or an unlimited fine under this legislation.

These non-violent forms of disruptive protest are essential for creating significant economic pressure on the government whilst holding them accountable for their inaction. Given the proven success of these tactics, criminalising climate protesters who adopt them will only delay the inevitable. The climate crisis will continue to escalate if we choose to protect private wealth – or more specifically, the corporate interests of fossil fuel companies – over our communities.

The widespread action we are seeing from campaign groups such as Just Stop Oil and Insulate Britain has come as a direct response to the government’s dismal climate record and disinterest in rapidly decarbonising our economy. One of the most alarming examples of this has been the opening up of 100 new oil and gas licences despite the findings of a report that was commissioned for last year’s COP26, stating that any new oil and gas fields would be incompatible with meeting the crucial target of 1.5 degrees. Stricter sentences will not stop these protests – rapidly reducing the production of fossil fuels, investment in green renewables and accountability for the largest polluters will.

By comparison, Starmer’s commitments to reversing fossil fuel expansion would certainly be an important step towards a just transition. Nonetheless, regardless of what solutions the government is willing to commit to, the public should not be criminalised for mobilising their collective power to demand accountability should the government fail to deliver. Doing so would encourage a paternalistic state, one that only offers solutions to the public without engaging in democratic debates and discussions to ensure that the people’s interests are represented.

Our ability to protest is what deepens democracy, but Starmer is set on constraining our collective power by policing protests that threaten the flow of capital through our infrastructure. His support for the public order bill follows the events of this summer – where the party’s leadership barred shadow cabinet members from joining the picket lines of workers on strike.

Similarly, climate activists and trade unions keen on bringing debate around the public ownership of energy to the Labour Party conference were blocked from having the motion debated on the conference floor this year. Instead, the issue was stripped of any democratic discussion and was only presented in the form of Starmer announcing GB Energy. As with the commitments to no new oil and gas licences, this announcement is still a considerable achievement for climate activists and organisers – but party members and trade unions should be able to participate in democratic debates on this issue to have their voices heard.

If Starmer is keen on uniting the party, he cannot continually suppress climate protesters. If the climate crisis continues to accelerate then we are going to see more people withholding their labour and disrupting the flow of capital to challenge the government’s inaction. Starmer’s attempts to push the narrative that depicts climate protesters as criminals only serves to distract from the root of the crisis.

Whether it is workers striking for better pay and working conditions or climate protesters demanding a rapid decarbonisation of our economy, the public will cause disruption if they are unable to have their needs met. Increased policing will not prevent people from doing so if it is their only option. We need urgent government action on energy nationalisation, rapid reduction of fossil fuels usage and a transition to renewables – not the criminalisation of those who turn out to protest. 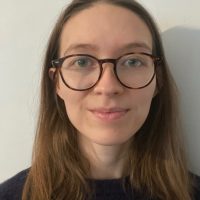 Faye Sumption is a writer and co-lead for Labour for a Green New Deal's press team.

View all articles by Faye Sumption