People of my generation have no memory of Wales pre-devolution, and for us, the idea of a completely centralised UK state is a total anachronism. We grew up with decisions about Welsh public services being made in Wales.

That is not to say that those decisions and the ambitions of those who make them have not been undermined by a Conservative government that since 2010 has determinedly and deliberately starved the whole of the UK of funding. But, despite that, the principle of devolution is well established and not only in Wales and Scotland; the Manchester and Liverpool city regions are more than ably led. There is, of course, more to do. I would like to see power transferred further, including to my own patch in North Wales.

I am really proud that the Labour Party has been the main driver of devolving power away from London. It is clear that Keir Starmer gets it, and I am confident he will pay no heed to any lingering anti-devolution sentiment in Labour that has, in the main, disappeared. In my view, it is vital that we demonstrate our commitment to devolution and that the Labour Party reflects this reality.

Throughout the devolution era, Welsh Labour has been an incredibly successful electoral machine, one whose success should be a model for Labour across the UK. At its heart, Welsh Labour is bold, championing policies from universal free prescriptions to Flying Start, the 21st century schools programme, to ending the Right to Buy and our council house building programme.

As we digest the report produced by Gordon Brown’s commission on the UK’s future, we can say with frustration that one area has completely failed to keep pace with the changes we have already seen: Labour’s rulebook. By that, I mean that the ability to govern much of the party’s functions remains steadfastly located in London.

This is not an abstract subject. The ability of constituent parts of the Labour Party to plough their own furrow and be truly unique is crucial. One of the main reasons Welsh Labour has been so successful is we have been as different and as separate as the current rulebook allows. Driven by people like Rhodri Morgan, Jane Hutt, Mark Drakeford, Julie Morgan and Mick Antoniw, we have from the start been uniquely Welsh and bold. To borrow a phrase, there has been ‘clear red water’. It is now time that the party’s rulebook reflected this. Welsh Labour is best placed to make the internal decisions in Wales, and this would send a message to the public that it is Welsh Labour and not Labour in Wales.

It is time that we took the message that Gordon Brown’s commission is sending – to trust the nations with more powers – and applied this to the Labour Party as well. The power to devolve the rulebook sits with the UK party, so it will have to conclude that Labour must catch up with reality on the ground. However, I believe there is also a role for Welsh Labour. It is for the party in Wales to demonstrate that there is an appetite for this change, and I believe that this should be done through Welsh conference firing the starting gun for these changes.

Ultimately, I believe the principle of devolution is right and decisions should be made in the nations and regions of the UK. It can only be a positive step to achieving what we all want: continued Labour success in Wales and Keir Starmer winning a general election. Thank you to Gordon Brown for his boldness. Let’s take the same approach and decentralise the Labour Party 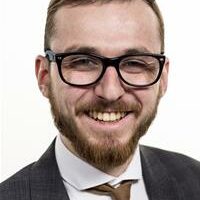