When Keir Starmer and Gordon Brown launched the proposals of Labour’s constitutional review, they put Labour back in its rightful place as the party of democratic reform. Westminster opponents are quick to dismiss constitutional change as a distraction from ‘bread-and-butter’ issues. But it is increasingly obvious that the British people, who are hugely disillusioned with our broken political system, are ahead of many politicians. They see the connection between chaotic Tory politics, cronyism and incompetence – and the problems these cause in their everyday lives.

Brown’s proposals have fired the starting gun on the next phase of Labour’s drive to modernise British democracy. This is an agenda Labour championed when last in government – legislating for devolution and leading in the creation of the devolved assemblies and parliaments. It is for the next Labour government to build upon and complete these reforms. That is the clear aspiration of the grassroots Labour movement, whose demands for democratic renewal led to this year’s historic conference vote in favour of Labour committing to a proportional electoral system in its next manifesto. Members and trade unions overwhelmingly backed this as necessary to fix a “political system which has catastrophically failed to represent people’s wishes, needs and votes”. There is increasingly strong agreement – shared from Labour’s membership to leadership, amongst most trade unions, MPs and officeholders across the party – that democratic reform is essential if Labour is to modernise Britain.

The Brown report includes some important proposals. The UK is the most centralised of all rich nations, and this has had a profoundly negative effect on everything from economic inequality to satisfaction with the political system. Just as trickle-down economics has failed, so has trickle-down democracy. That’s why we must further devolve political and economic power towards local communities to help level up both wealth and political power. Brown’s proposed senate would better represent ordinary people across the regions and nations of the UK, replacing an unelected chamber that has no place in a modern democracy. Alongside ideas to crackdown on MPs’ second jobs and tighter enforcement of standards in public life, the recommendations are a good starting point from which Labour can work up a package of policies capable of upgrading British democracy.

However, if Labour’s reforms are to stand a chance of “restoring trust in our democracy”, as Keir Starmer hopes, they must not be left incomplete. Public faith in Britain’s political system is at an all-time low. As Labour for a New Democracy’s recent report – Everything but the Commons – sets out, every comparable democracy with the same first-past-the-post (FPTP) style electoral system as the UK has seen the same plummeting public satisfaction with democracy as the UK. By contrast, all comparable countries in which satisfaction with democracy is high and rising use proportional systems. PR alone is not sufficient to restore trust in politics, but it is necessary.

This stands to reason. The ‘winner-takes-all’ impact of FPTP means that millions of people in so-called safe seats know that their votes effectively do not count. Trust in our politics will remain at rock bottom if the UK’s supreme legislative chamber remains as unaccountable and unrepresentative as it has become, even if the UK elects its second chamber. That is what the experience of countries like Australia and the US show – where the combination of an elected senate with winner-takes-all general elections has done nothing to arrest a collapse in public satisfaction with democracy. Indeed, there is even more public support for PR general elections than there is for reforming the Lords, according to new polling.

This is also borne out in the UK where devolution in Scotland and Wales has improved voter satisfaction with their own internal democracy – but led to even lower confidence in UK-wide democracy than in parts of Britain where there is no devolution. Enhancing devolution without renewing the House of Commons will have the same consequences: greater faith in local democracy but even less confidence in the unresponsive centre.

PR for general elections must also be a part of Labour’s reform agenda because it is essential for establishing a lasting constitutional arrangement and defending the UK itself. The last Labour government’s devolution settlement brought many benefits but has been relentlessly attacked from Westminster by unrepresentative Tory governments, rendering it unsustainable. The 2019 general election was won by different parties in each of England, Scotland, Wales and Northern Ireland. It is FPTP alone that allows one party to govern as a majority despite receiving a minority of the vote in England, a third of the vote in Wales and a quarter of the vote in Scotland.

If the next Labour government does not introduce a modern, proportional electoral system then another Tory majority government will be just around the corner. When it comes, we should expect them to undermine whatever new devolution is in place – feeding the fissures that threaten to pull the union apart.

With a commanding lead in the polls, Labour has already had the confidence to take the hardest step: resolving to address some of the deep-rooted, constitutional causes of the UK’s problems. Now, the party must follow the evidence to identify the right solutions. If it does so, it will find that PR for general elections is essential in order to deliver a more democratic, equal and united UK. 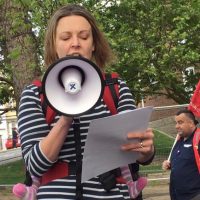 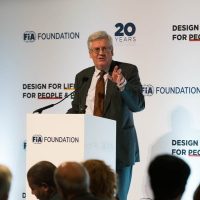 David Ward was head of policy for former Labour leader John Smith and moved the proportional representation motion at the 2022 Labour Party conference.

View all articles by David Ward