A group of activists is today publishing this open letter (below), which calls on David Cameron’s Conservatives to reconsider their grouping with the Polish Law and Justice party – and for the invitation to Michal Kaminksy to attend Conservative party conference fringe events later today to be rescinded.

As the Conservative Party gathers in Manchester, just a few weeks after thousands marched for Pride, we want to share our concern that the Conservative conference is lending legitimacy to a group of political parties in Eastern Europe whose views on gay rights are anything but progressive.

We know you say that the Conservative Party’s history of opposing gay rights and supporting Section 28 has been left behind. But if your Conservative Party really cares about equality then you must recognise the need not just to condemn the views of the Polish Law and Justice Party but to stop them from being spread in Manchester and throughout Europe.

It is not just that your new Polish allies oppose gay marriage and adoption but that their vile rhetoric – branding homosexuality as a ‘pathology’, gays as ‘perverts’, and describing ‘the affirmation of homosexuality’ as ‘the downfall of civilisation’ – was used to whip up hate during their election campaign. Your Party’s decision to host an LGBT event at conference is a good step in the right direction. But it will seem empty – a two faced gesture – if in the same week you fawn over allies whose homophobia has no place in modern Manchester, in modern Britain, or in Europe.

Mr Cameron we want to believe the Conservative Party has really changed – please help us by rescinding the invite to the Polish Law and Justice Party and urging them either to change their views or quit your new European group.

Alex was editor and first director of LabourList in 2009-2010, during which time he established the site as the number one Labour blog with some 450,000 readers and over 3 million pageviews a year.<br /> <br /> A leading political communications and campaigns specialist, Alex was Director of Online Communications and Campaigns during Ed Miliband's award-winning Labour leadership bid and later as Communications Manager in the Opposition Leader's Office in Parliament.<br /> <br /> He is now a consultant at Champollion Digital, and is also establishing a community network charity, North London Cares, and editing a book on Enterprise in the Labour Party.<br /> <br /> In 2010, Alex stood as a council candidate for Labour in the ward in which he grew up, St George's ward in Islington. He is a co-founder of the Latimer Project and a governor at Holloway School.<br /> <br /> Before becoming involved in the Labour Party, Alex spent 2007-2008 in the United States, working in New York and volunteering on the Obama campaign in Brooklyn. He later devised and directed the independent, grassroots organisation Drive for Obama.<br /> <br /> Alex has written on British and American politics for Prospect Magazine, Progress, Compass, The Fabians and Total Politics magazine as well as for Progressive London, the Government Gazette and House Magazine on policy and web campaigning. He has spoken at events at the Houses of Parliament, Oxford University, Manchester Town Hall and the University of Westminster for organisations including Progressive London, Republic, NetrootsUK and the BBC College of Journalism.<br /> <br /> You can follow Alex on Twitter, where he comments on music, sport and America, as well as politics. 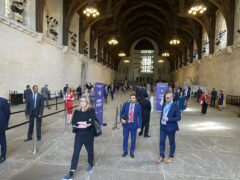 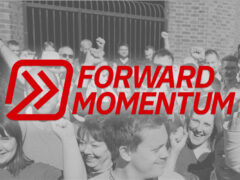 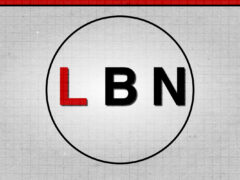