David Miliband is still the prefered choice to be Labour leader amonst LabourList readers, according to our new poll, conducted on Thursday afternoon and Friday morning last week.

But the poll showed how – as with the deputy leadership race in 2007 – the contest could hinge on the spread of second and third preferences.

The poll also shows that David Miliband may struggle to win the full backing of trade union members. While his support amongst Labour Party members was more pronounced than amongst non-party members, he failed to come out on top in first, second or third preferences amongst those identifying as union members.

Overall, David Miliband received 34.9% of the first preference votes, up 3.9% on our last poll three weeks ago. However, Ed Miliband has increased his share of that vote by a more substantial 10.6%, from 20.2% three weeks ago before close of nominations to 30.8% last week, meaning he is now only 4.1% behind David Miliband as preferred Labour leader amongst our readers. Diane Abbott also received a significant proportion of the first preference votes, 20.4%. How her supporters distribute their second preferences is likely to be crucial.

Significantly, Ed Miliband is ahead of his brother David on second preferences, by 34.1% to David’s 21.9%. And Andy Burnham’s arrival on the ballot paper last week is also going to impact on the race: he received the second highest proportion – 23% – of all LabourList readers’ second preferences.

Perhaps surprisingly, Ed Balls has failed as yet to make any significant breakthrough. Although he showed a strong performance at the Compass hustings on Saturday, Balls is last in terms of both first and second preference votes amongst non-Labour Party members, members and even trade union members.

The full results of last week’s poll, which was taken by 652 people, are as follows:

The spread of preferences was remarkably similar amongst respondents who identified themselves as members of the Labour Party (72% of the total number of respondents):

* PEOPLE ANSWERING “YES” TO “ARE YOU A MEMBER OF THE LABOUR PARTY?”

Amongst people who identified as members of a trade union, Ed Miliband won both first and second preference votes:

* PEOPLE ANSWERING “YES” TO “ARE YOU A MEMBER OF A TRADE UNION?”

Later in the week, I will look at how people who voted for each candidate used their second, third, fourth and fifth preferences in percentage terms. The leadership contest looks certain to hinge on the spread of those transferred votes.

Alex was editor and first director of LabourList in 2009-2010, during which time he established the site as the number one Labour blog with some 450,000 readers and over 3 million pageviews a year.<br /> <br /> A leading political communications and campaigns specialist, Alex was Director of Online Communications and Campaigns during Ed Miliband's award-winning Labour leadership bid and later as Communications Manager in the Opposition Leader's Office in Parliament.<br /> <br /> He is now a consultant at Champollion Digital, and is also establishing a community network charity, North London Cares, and editing a book on Enterprise in the Labour Party.<br /> <br /> In 2010, Alex stood as a council candidate for Labour in the ward in which he grew up, St George's ward in Islington. He is a co-founder of the Latimer Project and a governor at Holloway School.<br /> <br /> Before becoming involved in the Labour Party, Alex spent 2007-2008 in the United States, working in New York and volunteering on the Obama campaign in Brooklyn. He later devised and directed the independent, grassroots organisation Drive for Obama.<br /> <br /> Alex has written on British and American politics for Prospect Magazine, Progress, Compass, The Fabians and Total Politics magazine as well as for Progressive London, the Government Gazette and House Magazine on policy and web campaigning. He has spoken at events at the Houses of Parliament, Oxford University, Manchester Town Hall and the University of Westminster for organisations including Progressive London, Republic, NetrootsUK and the BBC College of Journalism.<br /> <br /> You can follow Alex on Twitter, where he comments on music, sport and America, as well as politics. 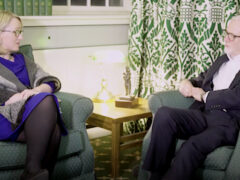