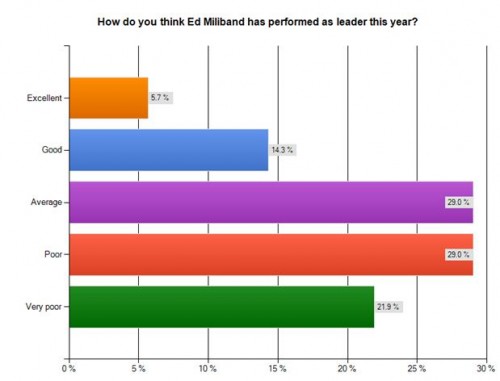 Stay tuned to LabourList throughout the week for the rest of the results from our 2011 survey including shadow cabinet rankings (tomorrow), the biggest event of the year for Labour (Thursday) and your Labour MP of the year (Friday).

743 people voted in our end of year survey between December 23rd and January 2nd – thanks to everyone who took part.