Over the next week, we’re going to be posting articles as part of a series taking at look at what Labour’s about “When there’s no money left” (or WTNML for short). As our editor wrote before Christmas:

“In addition to thinking beyond narrow alleyways of thinking on spending and the state, we’ll also need to think beyond narrow areas in which and means by which the state can operate. We think that these kind of changes in society are not only possible, but necessary, and must form part of Labour’s next manifesto…We can’t wait until the next election to develop these ideas – we need to start now, shape the debate, and make such ideas as mainstream as the minimum wage.”

The first of these ideas is published below:

One of the serious problems we face is that too many people, especially the rich, evade or avoid income tax.  While there is no simple answer to the problem, putting increased resources into HMRC obviously helps. But I believe there is one simple thing we could do that would malke a real difference.  Why not bring the whole process out into the open.

I propose that all income tax returns of anyone living in the UK should be in the public domain.  These should also include a nil return for those not paying any income tax at all.

The benefit would be to highlight those who are evading tax or pinpoint those who are earning large sums and paying little.  The present levels of tax evasion and tax avoidance are large and they penalise ordinary people who pay their money usually through PAYE and don’t cheat the system.

The only serious objection that might be put forward is privacy. The question is how strong a right to privacy should there be.  For quite a number of people in the public sector their earnings are already in then public domain and they pay through PAYE.  It’s the very rich who benefit from secrecy about their incomes and bonuses and how little  tax they pay.  Already the publicity about enormous bonuses is beginning to put pressure to bring them down, though there is a long way to go.

The benefit of this proposal would surely outweigh arguments about privacy.  There could, however, be a limited right of appeal that certain items should be confidential, perhaps to protect  privacy where there are special circumstances such as family members who are disabled.

The cost of implementing the proposal would be relatively low as access would be online and tax returns are increasingly being submitted electronically.  In any case the cost of the scheme would quickly be recovered through lower levels of evasion and avoidance.

How would this happen?

We should not underestimate public opinion and the resulting public pressure.    From time to time we hear of people who earn more than the total incomes of all Fabian Society members but pay virtually no income tax.  Could they withstand public scrutiny?  And could HMRC avoid taking an increasingly tougher line with the tax dodgers.

But make no mistake; the rich would fight tooth and nail against having to reveal their earnings and the tax they pay.  Let’s watch them justify their tax returns!

Lord Alf Dubs is a Labour member of the Lords.

Got an idea for what Labour should stand for “When there’s no money left?” – email us. We’ll be conducting a poll of the best entries, and the winner will present their idea to a “Dragon’s Den” at the Fabian New Year conference. 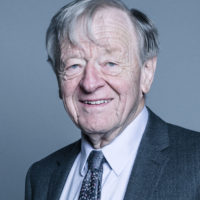