Talk of housing has acted like the drumbeat of Labour’s time in opposition. It has been their in the background at all times, occasionally getting louder only to fade away again moments later. Those of us who follow the ins and outs of the Labour Party, reading the runes (and the unspoken lines in speeches) can tell you that housing will definitely be part of Labour’s “offer” in 2015 – but how big that offer is, how meaningful and what impact that might have, seems still to be up for grabs.

I won’t repeat the arguments in favour of increased housebuilding here – except to say that in terms of growth, reducing overcrowding, tackling the “cost of living crisis”, avoiding the dangers of another housing bubble and allowing people to have a home of their own, it ticks most of the boxes I’m looking for in terms of policy.

It’s not the “silver bullet” – that’s education, and it always will be – but housing is pretty damn close.

That’s right. Council homes. Those words so rarely escape the mouths of senior Labour politicians so it’s worth taking note. Ever since the success of “right to buy” under Thatcher, Labour politicians have serially struggled to make the case for quality, affordable council housing as an alternative to the property ladder. At a time when many young people fear they may be trapped permenantly in expensive private rented accommodation, making the case for the alternative is incredibly important. 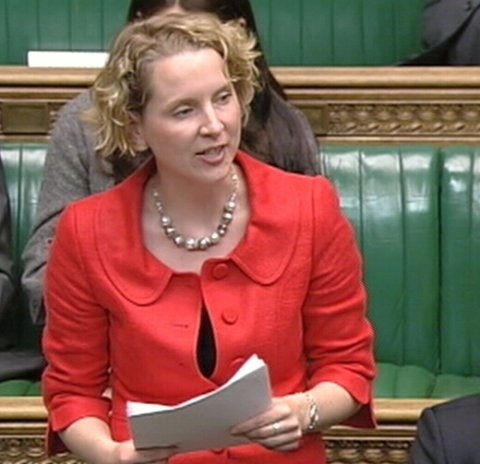 And yet after Reynolds showed boldness, the partial row back wasn’t far behind. The Guardian reports that:

“It is understood Reynolds was not committing Labour to an expensive new programme of council house-building, but was instead highlighting the issue’s importance and saying that a new programme should be a priority if the public finances permit.”

Which sounds close to a verbatim quote from a Labour press officer to me.

This is not the first time we’ve seen Labour dance pretty close to an attractive housing policy, only to shimmy away again at the last minute. Ed Miliband’s conference speech appeared to commit Labour to a house building target of one million homes over the next parliament – a lofty goal but in the ballpark of what is necessary. Yet afterwards the Labour leadership appeared to row away from the target. It was an aspiration (which is political speak for a target that doesn’t carry a sanction if you miss it) or the aim was to be building 200,000 homes per year by 2020, which doesn’t seem as impressive at all. Imagine how many more homes we’ll need by 2020?

And yet it’s understandable why the party isn’t yet willing to make the big leap and commit to building the huge number of homes that are needed. Not because of the risk of deflating house prices (more of a Tory concern on the whole) but of how they will have to be paid for. The market is currently failing to build the homes Britain needs. And when the market fails, Miliband believes that the state should step in.

There can be few market failures as great or as damaging in modern Britain as that which we’re seeing in housing. So Labour must “go big” on housing, or we might as well all go home. If you have a home to go to that is, of course…