The final coalition Queen’s Speech is looking a little thin so far – pensions aside – meaning that the British government finds itself giving a significant amount of time and energy to the legislation on plastic bags. That’s presumably not what most MPs come into politics for. With that in mind, we asked a few LabourList writers and contributors to tell us what they would want to see in the Queen’s Speech. Here’s what they said: 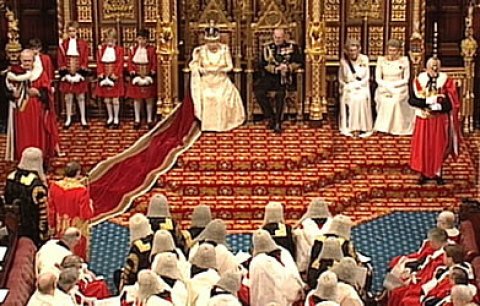 Britain is building far few houses, the lights risk going out as ageing power stations come off the grid, our railways are full to capacity, many roads desperately need repair, and flood defences have deteriorated. The Government’s national infrastructure plan is ambitious but it focuses too much on London and the South East, and it’s unclear where the funding will come from.

The Queen’s Speech should include a Bill to create a National Investment Bank with the ability to raise funds from financial institutions, insurance companies and pension funds. The bank would lend primarily for large infrastructure projects with a focus on regions outside the South East.

Will Straw is Associate Director for Energy, Transport and Climate Change at IPPR and Labour’s Parliamentary Candidate in Rossendale and Darwen

I should say up front, this idea is not my own. It was suggested to me by one of the best and brightest MPs I know. But as soon as we talked about it, I could see how important its resonance was to the story Labour needs to tell about what our government will be for.

Sure, it’s not the biggest idea in the world. But actually, we have lots of big, sweeping iconic ideas of past and present that Labour are right to be truly proud of. The NHS is one of them. But to continue to have an NHS worthy of our pride we need to ensure we have an NHS that is responsive to users. That doesn’t become a bureaucracy without the humanity that led to its foundation in the first place. And we need to demonstrate to users of the NHS that we understand that it can – at times – feel like that.

In this era of big and clever data, it should not be beyond our collective wits to ensure that the family of a dying relative don’t find themselves fined for choosing to spend the extra hour with a loved one. To ensure that someone needed chemotherapy doesn’t have to scrape together the extra few pounds a week it takes to ensure their partner, friend, neighbour or carer can accompany them to their treatment and see them safely home.

The Queen’s Speech should commit to analysing public spending down to the very last pound in terms of efficiency and priority as part of a zero-based budget review, but more than that, the government should also be accountable for the spending priorities it has, and this should be made as easy to understand for the average taxpayer as possible. Anyone who is a UK taxpayer should be able to log on to a website and see a precise breakdown of how and where each of their tax pounds was spent – and an end of year statement should be sent to each taxpayer along with a full breakdown.

Tax transparency has usually been something pushed by the right, as they believe this would be a great way to cut the state. The left meanwhile have often been nervous for the same reason. But if we are to restore trust to politics, we have to trust people in return. Rather than seeing this as a way of cutting taxes, I see it as a way of defending public spending and encouraging different priorities. For example, did you know your taxes are ten times more likely to be spent on defence than police, or housing? That the average person only contributes 50p per week to cover unemployment benefits? That the EU only costs the average earner 4p per week? Data is useful – and so is trust.

My Queen’s Speech would recognise the value of good quality, impartial, free advice. While people in the UK are struggling with debt and with the rising cost of everything, and trying to negotiate a shape-shifting welfare system, advice is a life raft. My bill would repeal much or all of the recent savaging of civil legal aid – particularly for family law, with the unfair burden that has placed on some of the most vulnerable families. It would also value the contribution to society of free advice providers like Citizens Advice, and would reflect this in funding.

It’s not the most inventive political idea and, in a Labour Queen’s Speech next year that will be notable for its attachment to deficit reduction, it’s not exactly a money saver either. But a cut in VAT back down to 17.5% would make a huge difference to society’s poorest – the poor lose a higher proportion of their income to VAT, and this would see us actually cutting, rather than freezing, their bills.

While it would be expensive, encouraging people to spend their money would see a further boost to economic growth – and that makes a deficit strategy all the easier.

Lowering VAT would set a Miliband premiership out early on as one keen to make tax cuts when it can, putting money back in people’s pockets and sending a message to business that Labour are on their side too. Just don’t advertise it with a poster.

There’s no shortage of statistics to show that structural racism and sexism exist in British society. Whether it’s the fact that a disproportionate number of black and minority ethnic people die in custody, that 2 women a week are killed in England and Wales because of domestic abuse, that only 4.1% of MPs identify as being from non-white backgrounds or that a mere 22% are female.

With this in mind, I’d like to see a Labour Queen’s Speech comprehensively address gender and race inequality. As partly outlined by Sadiq Khan last week, this would include improving representation of women, minority ethnic people and, in particular, minority ethnic women in public and private institutions.

But, I’d also like Labour to go further than this and challenge gender and race stereotypes. This would mean, for instance, including a thoroughgoing approach to Black history on school curriculums and taking head-on the chauvinistic nature of debate in the Commons. To achieve a fair society we have to question gender and race stereotypes – this should be central to Labour goals.