Britain’s success is built on the ideas and ingenuity of those who have come here from abroad. But each generation has faced challenges over how to manage and control migration – to get the benefits, while also coping with the pace of change and making sure the system is fair. That’s why Labour has been thinking, listening and proposing action on immigration for some time. We will keep getting out there and communicating our message.

Two years ago, Ed Miliband made a major speech in which he set out Labour’s approach to immigration. He was clear that Labour had learnt from the lessons of the past, and he set out key policies to tackle some of the cultural and economic challenges of immigration.  These included plans to stop the exploitation of new migrants and those already working here by ensuring minimum wage laws are properly enforced, taking action on recruitment agencies that exclude local labour from their books, and proposals to ensure people integrate into our communities by requiring anyone in a public-facing role in the public sector to learn and speak English. 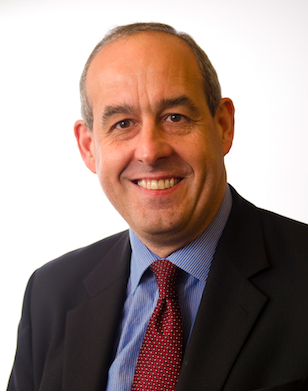 But we didn’t stop there. In 2013 Yvette Cooper, the Shadow Home Secretary, went further. Building on our existing proposals, in a speech earlier this year and in an important Guardian article last week, she set out in more detail how a Labour government would understand and address people’s concerns on immigration, while staying true to core Labour values.

We have committed to implementing proper exit checks, and strengthening our borders by reintroducing a policy that will mean officials will take the fingerprints of illegal immigrants caught at Calais.

We have also said we will extend the period EU migrants must be in the UK before claiming out of work benefits to six months, a policy now being copied by the government. Furthermore, we will work to reform the EU to stop child benefit and child tax credit from being paid to children not living in the UK – and to have longer transitional controls for future EU member states.

We have also committed to trebling the fines for employing illegal migrants and making serious exploitation a crime. This way  we can prevent dodgy gang masters from exploiting migrants, a system that undercuts local jobs and wages.  We will also ban employment agencies from only recruiting from overseas. These practices are bad for everyone and we need them to stop.

Unlike the Tories, we recognise there are different kinds of immigration. That’s why we will support more university students coming to the UK and why we have called on ministers to remove students from their net migration target immediately. What’s more, we’ll ensure that highly skilled migrants – such as doctors and engineers – can come here to help grow our economy. We won’t buy into the government’s perverse net migration target, which prioritises cutting the number of migrants, including the highly skilled, over tackling illegal immigration.

Yvette, like Ed, was clear: yes, the pace and scale of immigration in the past had been too fast, but on the doorstep who would rather their football team weren’t able to sign a star Spanish striker, who wouldn’t want to be cared for by a highly accomplished Polish A&E nurse, and who wouldn’t want to see their company benefitting from a gifted Indian engineer? Quite clearly, all immigration is not the same – some of it is vital.

So, I fully support Yvette: we won’t engage in an arms race of rhetoric like some. Instead, we must make immigration work for the UK.

It’s less than a year until the next election, and immigration will play a key role. When people are worried, and when the system is under strain, it’s easy to seek cheap headlines or to exploit fears. Or, it’s simpler to pretend the problem will go away – even though that can leave a vacuum for extremists to exploit. Neither approach is right.

We are the only party that can fight and win the case for a progressive immigration system that works for the UK.