Some politicians love doing TV interviews, some hate them and you can tell. I must confess due to it being late/a long day at work/the World Cup/the dog ate my homework, I didn’t see that much of BBC Question Time this week. But what I saw was a delight. 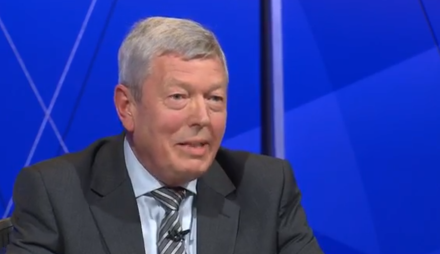 I used to love doing difficult TV interviews. Largely down to the fact an obscure TV Channel called TV Asia was based round the corner from our home in Hayes when I worked as a local Party Organiser. They let me go on live every week for 20 minutes to review the newspapers and basically lark around.

But it taught me a few key things. Firstly relax. In the years to come when I felt under pressure on say Panorama, Newsnight or Andrew Neill’s show, I would revert to Channel East relaxed sofa mode. Sometimes tapping my thumbs together as a subconscious reminder to myself if put under pressure.

Secondly, know enough but don’t over rehearse. Know the key issues but don’t put yourself under so much pressure that you look like you want to explode with statistics, which just turns viewers off.

Finally, sound-bites. Political parties love them and think by repeating them often it’ll help a message sink in. But if you do that you just look like an automaton so don’t do it. Use them sparingly and only to finish off a more relaxed conversation.

So what a delight it was to see Alan Johnson on Question Time this week. Relaxed, conversational and deeply political in his own way. The best moment was the question on the strike action that many public sector unions are taking later this month.

I’d slipped back under my duvet at this point, dreading the usual line: “Public sector workers are great but blah blah, strikes are bad, must continue to negotiate…” Nothing inherently wrong with the line but the awkwardness of the position makes many frontbenchers look uncomfortable.

But not Alan. He basically said: “Hang on a minute. These people are having a crap time and you lot have all just said that you believe in unions and their right to do this, but it’s always next time. Not this time.” Genius.

I’m not going to argue about the politics of the strike. What Alan and his media savvy showed was this, to get a warm response from the audience and the viewers it was the way he said it as much as what he said. I wonder if he taps his thumbs together?

Parmjit Dhanda is a former Labour government minister and executive director of Back Heathrow.

View all articles by Parmjit Dhanda