Ed Miliband pledged that Labour would introduce the “biggest reforms of the railways since privatisation”, during a visit to Hastings today. 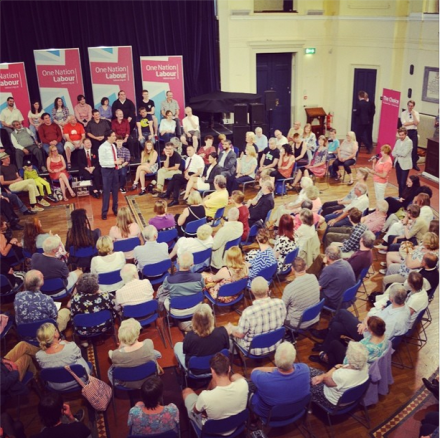 During a Q&A, Mliband told the audience that if the Tories were re-elected then commuters in the town could see their rail fares rise by £265 to almost £5,000 a year. He promised that a Labour Government would take tough action to ensure that this would not happen:

“A Labour government would cap annual fares on every route and drive through the biggest reforms of the railways since privatisation.”

How to approach the railways was a big issue during the recent National Policy Forum (NPF), and Labour are now committed to reviewing the current franchise system with a view to getting a better deal for passengers and taxpayers. The reforms that have already been confirmed include legislating to allow a public sector operator to be able to bid for franchises alongside private operators, encouraging new mutuals and co-operatives into the industry to improve passenger and employee involvement and devolving regional services so that railways can be run alongside other transport on a single network.