The vote last week by the House of Commons in favour of the recognition of Palestinian statehood was an historic one. True, it has no immediate impact on UK Government policy. But it’s symbolic and long term significance should not be underestimated. Sometimes symbols matter. Its significance has certainly not been lost in Palestine and Israel itself, where it has received considerable attention, not least because of Britain’s historic role in the region.

Although the Conservative/Lib Dem Government, much to its shame, ordered its ministers to abstain on the vote, it was telling that most of the recent Middle East Ministers, including the last one, Hugh Robertson, supported the motion, as did other ex-Ministers who have recently left office, like Alan  Duncan. As a former Minister myself, this is a much more accurate indication of where the balance of opinion in Government and the country really lies than the “official” Government position. It is also telling that the motion secured huge majorities in every party and, in spite of an intense lobbying campaign by the Israeli embassy, only a tiny handful of Tory, Ulster Unionist and one Lib Dem voted no.

It was to their great credit that Labour leader, Ed Miliband and our Shadow Foreign Secretary, Douglas Alexander, stood down the small but vocal opposition in our own party and maintained Labour’s position in favour of recognition, something which, as Jack Straw pointed out, has been Labour policy for three years. The vote was on a one line whip, as votes on Back Bench Business Committee debates always are, but there was no doubt what Labour policy was and the Chief Whip was absolutely clear that any member of the PLP who intended to vote should vote yes.

All this should and, I believe will, be worrying the authorities in Tel Aviv. But what should worry them even more were the voices of people like Labour’s Mike Gapes and the Conservative Chairman of the Foreign Affairs Select Committee, Sir Richard Ottaway, who have always been strong supporters of Israel and until recently would not have contemplated voting in favour of this motion, let alone making the passionate speeches they did in favour of it. As Sir Richard said Israel: “wasn’t listening… Israel has been slowly drifting away from world public opinion… if they (the Government of Israel) is losing people like me, they will be losing a lot of people.” Mike Gapes’s speech should be read by all true “friends” of Israel and Palestine.

What has caused this sea change in political attitudes in Britain? Partly it’s been the relentless expansion of illegal settlements by the Netanyahu Government in occupied Palestine, partly the way Israel acted disproportionately in Gaza again this summer. But it’s also because our own Government and others have been warning quite clearly that the chance for a two state solution is running out. The Kerry talks were supposed to represent the last hope and they, as secretary Kerry himself has made clear, were scuppered by Israeli Government intransigence.

Netanyahu doesn’t seem serious about negotiation, so warnings that Palestinian statehood recognition might jeopardise talks just don’t wash. There are no talks and seemingly no prospect of progress as things are.

The UK Government should respect the will of Parliament. It will certainly find it very difficult to ignore when it comes to discussions at the United Nations and in other international fora about Palestinian legitimacy. Sweden has already, under its new Social Democratic Government, formally recognised Palestinian statehood and I expect others will follow. The vote in the House of Commons will act as a further encouragement for them to do so. And as polls show blind support for the Israeli Government in America ebbing away, particularly among young people, we can only hope that Israel will wake up and grasp the opportunity of meaningful talks to secure a two state solution, before it’s too late. 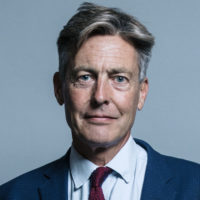