I suggested earlier this week that the Tory plans to repeal the Human Rights Act were legally illiterate. I did so because I assumed that not even they would suggest leaving the European Convention on Human Rights, a convention set up immediately after, and in direct response to, the Second World War and a proud assertion of the basic rights of the individual against the state. How wrong I was: I gave them far too much credit. Today, the Tories have announced their proposals in full – and they are far worse than I could possibly have imagined.

Firstly, they plan to treat any ruling from the European Court of Human Rights as ‘advisory’ only. So, if the government doesn’t like what that Court says, it can ignore it. Just think about that for a moment. It means that any time the Court, which is, by international law, the supreme arbiter on the ECHR, finds that the government has infringed an individual’s basic human rights, there won’t be a thing he or she can do about it. To remind you, the sort of human rights we are talking about are: freedom from torture, freedom of expression, the right to a fair trial, the right to life. And if the government doesn’t have to listen when those basic rights have been abused, then you don’t have any.

But, you will hear them say, our quarrel isn’t with the Courts, it is with Strasbourg (where the European Court of Human Rights sits): let British judges have the final say. Let’s leave aside the fact that British judges already sit in Strasbourg and what I would have thought were the manifest advantages of having distinguished judges from a range of jurisdictions determining the scope of rights which we all enjoy. Instead, let’s just look at the implications of what the Tories are planning.

All of the signatories to the ECHR have agreed to make Strasbourg the ultimate arbiter of the rights conferred by it. Having a strong independent supra national Court is at the very heart of the Convention. Ignore the sophistry which you will hear from the Tories on this: no one country can unilaterally decide that it will ignore the rulings of that Court and still remain within the ECHR. To do so would not only make no logical sense, it would also break international law and the treaty obligations to which we signed up over sixty years ago.

So, these proposals effectively mean that we would have to leave the ECHR. We, alone among the peoples of Europe, would no longer enjoy the protection of the basic human rights which our forebears fought a war, and then signed a binding declaration, to protect. And that, I am afraid, is not all. The Lisbon Treaty made the EU itself a signatory to the ECHR and now all states seeking to accede to the EU must also be signatories. It is, in other words, a condition of membership. How, in those circumstances, could the UK remain within the EU and not be a signatory to the ECHR?

And yet that is not what I find most chilling about these proposals. It is the suggestion that basic human rights will be available to some, but not all, of us. They start by excluding terrorists (by which, at the risk of sounding like a lawyer, I think they mean ‘alleged’ terrorists). They might as well have said men of Middle Eastern origin with beards; their intention could not have been clearer. Then those convicted of a crime. Then travellers. Then those broadly defined as having failed to fulfil their responsibilities to society. Does this mean those out of work, or sick, or in receipt of benefits I wonder? I am guessing it won’t mean tax avoiders. To paraphrase Orwell, the Tory vision is of a country where we will all have rights; just some will have more rights than others.

The very essence of human rights is that they protect all of us. The Tories can try to make these proposals sound like an assertion of British identity, but a country where the government decides who has the protection of the law and who does not is not the Britain that I know and love. Dominic Grieve, the former Tory Attorney General who appears to have lost his job over his opposition to these proposals, described them this morning as ‘puerile’. I can think of a stronger term. 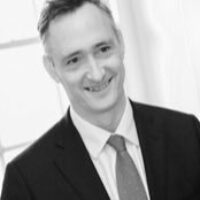 John Whitting QC is a barrister at one of the leading public law and human rights sets in London.

View all articles by John Whitting