Last Thursday, Ed Miliband made Labour’s first election pledge, Conor Pope gave us the low-down of what this meant.  Effectively, Miliband said Labour would reduce the deficit but noted that a next Labour government would do so while securing the future of the NHS.

Labour is long portrayed as the fiscally irresponsible party, and this speech saw Miliband try to rectify this mischaracterisation. So we wanted to know what LabourList readers thought about this pledge.

The news looks good for the Labour leadership. Most think that it was a good pledge – 26% of people selected very good and 37% said quite good.

However, 21% said that this was not good, while 14% thought it was poor – not an insubstantial amount. This could mean one of two things (if we accept that this is a binary choice). Either more unlikely option, that people like to see Miliband go further on cutting public services to reduce the deficit or that they would like to see higher taxation, as opposed reducing funds going to public services.

Either way, it seems most are decisive in their like or dislike of this policy pledge because only 1% said they didn’t know. 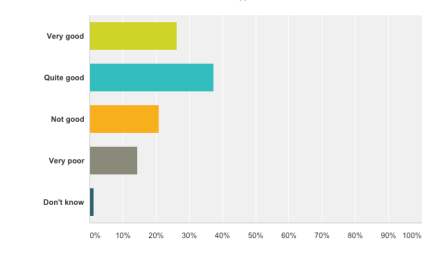 The second pledge that Miliband announced was on immigration. This is widely regarded as a contentious topic, particularly after the leak of Labour’s strategy paper on the subject. He committed to “controlling immigration” in what he deems a “fair way” and announced a new policy which would see the introduction of a law that would make it illegal for employers to exploit migrant workers.

We asked LabourList readers what they thought about this pledge. Again, most were positive about it. 21% said it was very good, while 41%  chose quite good.

Yet, it’s not all good news. 19% think it’s not very good and 16% think it’s very poor. Assumedly, this is either this is because they think Labour should be clamp down on immigration even more than they’re already proposing to do, or they think – as Maya Goodfellow has written – that immigration is not necessarily a ‘problem’ but a proxy for other policy issues.

Much in the same vein as their view on the first policy pledge, LabourList readers are relatively decisive on this one, with only 3% saying they don’t know. This implication that readers have a strong opinions on these to pledges is not really surprising considering these two policy issues – the deficit and immigration – are widely considered to be two of the most important as we head into the general eledction. 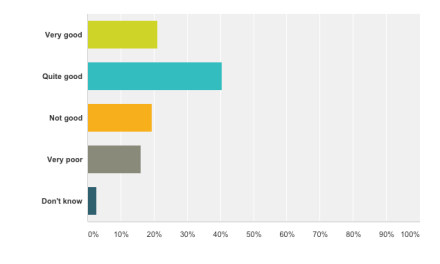 This week LabourList, in partnership with Lisa Nandy MP, published a series of essays written by some of Labour’s best parliamentary candidates. It makes for an extremely interesting read, showcasing a diverse range of views.

Given the breadth of subjects covered, we asked readers whether they thought it was more important for candidates to have greater independence, or to support the party’s national message.

The vote was more-or-less split down the middle. Slightly more people (48%) said that independence was more important, suggesting that people like hearing the thoughts and opinions of candidates who are not so bound to supporting the Party’s national message as sitting MPs may feel they are.

However, 44% felt the opposite – that supporting the party was more important. Perhaps that’s because as we continue to get closer to the general election, these people believe a united party should be everyone’s top priorirty. Only 7% said they didn’t know, suggesting for any PPCs reading, that perhpas a mix of independence and supporting the party is the best way forward… 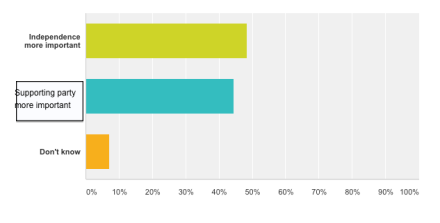 615 voted in this week’s survey. Thankyou to everyone who took part.