Every week LabourList produces tens of thousands of words on the Labour Party, but by necessity much of that coverage is about the day to day events of politics. It’s good from time to time to step back and consider issues more broadly and to create something a little more permanent. That’s why we occasionally publish pamphlets on issues around the future of the Labour Party (such as the “One Nation” book we produced with Jon Cruddas last year), but it has to be the right project, with the right contributors and focussed on changing the lives of the British people for the better.

With that in mind, I’m pleased to announce that today we’re publishing a new set of essays from some of Labour’s best new PPCs and edited by Lisa Nandy MP with a Foreword from Arnie Graf. It’s called “Our Labour Our Communities“. These candidates are on the front line of Labour’s General Election battle, and their energy, drive and ideas will determine not only whether Labour wins in May, but the strength of the Parliamentary Labour Party for years to come. The PPCs contributing to Our Labour Our Communities are:

We are delighted to have such a great selection of candidates involved, and we’ll be officially launching the pamphlet tonight at 7pm in the Boothroyd Room in Portcullis House (House of Commons) this evening – it would be great to see you there. And you can read/download the pamphlet by clicking on the image below: 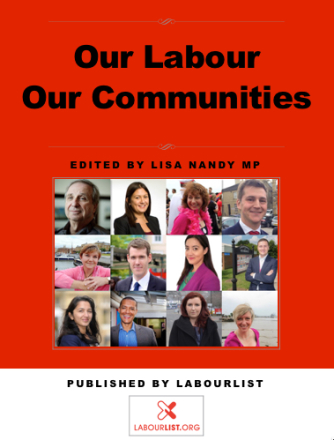