The end of last year saw further swingeing cuts to the collective budget of councils across England. Local council’s spending power will be slashed by 1.8% in the 2015-6 cycle, similar to the cuts imposed in the past two years. Services have been stripped to the bone, with many of the poorest in society suffering at the hands of these cuts, such as Oxford’s homeless, where services were cut by the city council after a budget squeeze.

It’s almost expected that councils will face annual squeezes to their spending, and this year has been no different. What was interesting, when examining the cuts (or occasional increases) that each council is facing, is the apparent party political nature of the cuts. 6.4% cuts are the largest any council will suffer; there are 17 authorities facing this level of cut, and 12 of them are Labour controlled or have a Labour plurality, despite Labour being the largest party on significantly fewer councils than the Tories.

Labour don’t just have the most councils being hit with the biggest cuts, we are also suffering the largest average cuts of any council type. On average, Labour councils are having just over 4% of their budget cut, which is more than double the average. Authorities with Labour pluralities fare slightly better only facing cuts of 3.4% (still significantly above average.) Coincidentally, areas under Tory control are only having their budgets cut by just under 1.7%, which is below average. Even Tory pluralities do better than Labour ones in this round of cuts, on average their cuts are 1% less than Labour’s. Such disparities really need to be questioned, is it ‘coincidental’ our councils are the hardest hit just before the General Election?

Some councils have been very lucky this year, seeing increases in their spending power, of up to 3.2% (of course, Tewkesbury who are getting the boost are Tory controlled.) Now, let’s be reasonable, the Tories control more councils, so proportionally they probably should have more councils getting increases. Of course, it is the case the Tories have more councils seeing increase budgets, though not in any kind of proportion to their numerical superiority. There is a just 1 Labour controlled council being handed an increase, compared to 48 Tory controlled councils, as well as a further 10 where they have a plurality. In total that is 58 Councils where the Tories control the most seats being handed increased spending powers, and just 1 that Labour control.

Labour being hit so hard means that by extension, the north is being hit hard too – only 2 of the areas with increases are in the north, but half the authorities with the largest cuts of 6.4% are northern. Looking at the map of funding cuts and increases shows a real north-south divide that will, as usual for this governments, punish the poorer people in society the most.

This round of cuts has a distinct party political air to it, Labour areas are being subjected to the most brutal of the cuts, whereas Tory councils have gotten off lightly, on the whole. How local parties do has an impact on how people vote in General Elections, and one thing is certain, if councils have less to spend, they will be less popular in their areas. In the run-up to the General Election, if Labour councils can do less, the party will be less popular in the areas they control. This small, local impact could well swing marginal and thus elections. With coincidence after coincidence piling up, it appears the Tories are using cuts to vital local services to win an election.

View all articles by Jake Hurfurt 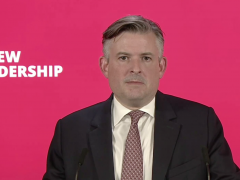