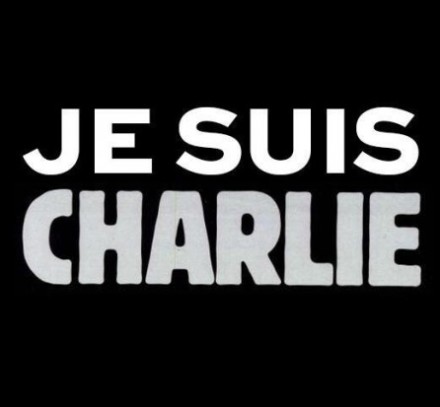 There was no question about what was going to write about today. OK, we’re in the midst of the early salvos of the election campaign. OK, we’re in the middle of an appalling crisis in the NHS. But as a writer, the appalling terrorist massacre in France has touched me in profound ways. Jumbled ways I’m sure readers will agree, but ways I had to try to express.

When preparing for this column, I thought about the times I have written about my distaste at the wearing of the burkha (and my opposition to a ban on doing so) not least the time I equated niqabs with prostitution. I wondered if writing this column would make me more of a target. Would it threaten the people I work with at LabourList and love very dearly?

Then I thought about who I am and who LabourList have kindly chosen to publish over the many years they have been kind enough to ask me to write for them. A strong, opinionated, bolshy woman. A woman who is not afraid to claim her equal place in the world. By being me I am already a target in the eyes of these fanatics.

I’m not going to write the standard paragraph too about how I know that these acts were not the act of all Muslims. Because I know that most Muslims were watching events unfold with the same horror I was. Only when I am next asked what the cultural significance to my ethnic group of the next white school shooter is will I engage in the idea that there could even possibly be a  need for community apologies. and then only to further scoff at it.

Debates over freedom of speech in this country have largely focuses on the Leveson recommendations over the last few years. As a supporter of the Leveson recommendations there are those in the press who will see me as a fair weather supporter of freedom of speech. My answer to them is now – as it has always been – is it’s complicated. I don’t believe and have never seen a shred of evidence that what Charlie Hebdo would fall foul of Leveson. Leveson is not about protecting two mighty forces (in this case the press and religion) from each other, but about protecting the little guy against becoming collateral. One can want both a free and a fair press at once.

With this incident, we in the West have all learned what that really means. In a way that those suffering in fundamentalist regimes of different political and religious hues have paid for in their own blood and freedom for many years. We have learned today that some will kill us (not people a long way away we notionally support – people we can reach on the train in a matter of hours) over a bloody cartoon. Over a bloody joke. Over a bloody ancient and much disputed mythology.

So how do we respond? Well, the woolly liberals like me will probably respond as we always do. We will tweet our support, We will drag out that quote again from Thomas Jefferson on the trade off between Liberty and security, we will worry about international consequences and we will not know what to do for the best.

All of this is OK, but it will absolutely not feel like it. In the face of such decisive evil, we want decisive good. Because the good and bad in this situation are so obvious we want to believe that therefore any action undertaken by one of our guys must be right. But the truth is we cannot succumb to black hat white hat thinking any more than we should succumb to utopianism. The memory of the irreverent people who have died in this incident will not be well served by knees jerking in any direction. Sometimes we should take our time. Take a breath. Be a little woolly before we act with steel.

I stand in solidarity with all who lost their lives. That this senseless act is beyond our imagining is probably what helps us to go beyond imaging it for ourselves. But some will have to. Some editors who have chosen not to run certain images will be castigated for their cowardice with little thought for the duty of care they should show for their staff. Others will publish and be damned not just by fanatics, but by those who truly believe a cartoon or an op-ed can be so offensive it should not be published. All who work in publishing will have this act hanging over them. Whaerver they do and don’t do they will do so in the grey area of the bitter knowledge that there is ni perfect right response. The same will be true of our law enforcement and our politicians. Though we will forgive them less.

There are vile things out there in the world. Some of them are mere ideas. Some of them actions driven by such ideas. I will oppose those ideas and the actions they can lead to every day of my life. Today, that means standing up and saying that we will not be cowed. Will not be silenced. Will not stop asking, questioning and yes, ridiculing. It is right and it is our universal human right. But it is not a right that we have come by easily or hold easily today. Its fragility has been exposed – as have we.