At the start of this week, 15 MPs issued a statement calling for an alternative to Labour’s current deficit reduction plans, a policy that would see the railways returned to public ownership and a more robust collective bargaining powers for workers, including better employment rights in the workplace.

These proposals are not Labour policy and it’s unlikely that they will be before the election (or at least the first two won’t make it into the manifesto).

But what do LabourList readers think about the contents of the letter? At 83% an overwhelming majority broadly agree with what these MPs proposed. This reflects a general trend among the public for renationalisation of the railways and, more recently, support for anti-austerity policies. The substantial support for such policies, arguably, reflects a desire from grassroots Labour activists to move towards the party’s traditional base – further to the left of the party currently stands.

However, 13% broadly disagree. Although that’s not a huge amount, it’s not insubstantial, it suggests a proportion of you think the Labour leadership have gone far enough in their policy offer, and possibly consider that if what was proposed in the letter was adopted, it could be electorally damaging.

Either way, with 4% saying they don’t know – so few people felt ambiguous about what they think of the letter… 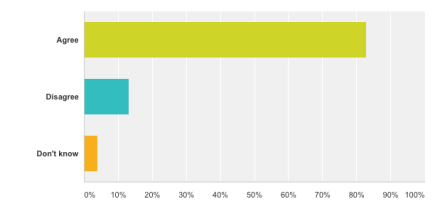 This week, Labour tabled an amendment to the Government’s bill on fracking – which called for more regulation. The bill passed with amendments – 52 MPs voted for a moratorium on fracking but 308 voted against it. This means there won’t be a temporary ban on fracking. And as the debate took so long, MPs weren’t able to discuss changes to trespass laws, meaning that fracking companies can drill without permissions.

Before the vote happened, we wanted to know what LabourList readers thought about fracking.

A small minority of 5% said they supported it without further regulation, and the same amount said they didn’t know what they thought about it.

34% will be happy with Wednesday’s result, as they said they supported it but only with further regulation. However a majority – 55% – will be left disappointed with the vote and with Labour’s position, because they said they were against fracking altogether. 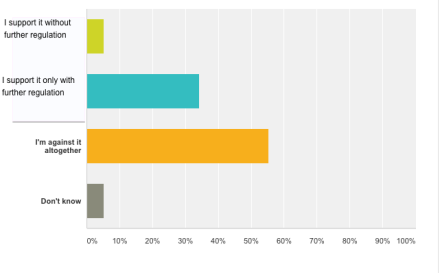 And finally for one of our rotating questions we’ll ask once every four weeks. This week: what do you think the result of the General Election will be?

Most of you (52%) think Labour will be the largest party. With Labour and the Tories so close in the polls and with what looks like surges of support for the SNP, the Greens and Ukip, it’s no surprise that so many LabourList readers think there won’t be an outright majority for either party.

Having said that, there are an optimistic bunch, making up 18% of those who responded, who said that they think Labour will win a majority in May. Of course, that is still a possibility but it seems with polls so tight it’s not an option too many are willing to hedge their bets on…

LabourList readers aren’t expecting a Tory victory though – only 2% think they’ll win a majority and only 8% more think they’ll be the largest party.

For the moment, 18% say they don’t know. And with the political landscape looking the way it does so close to the general election, who can blame them… 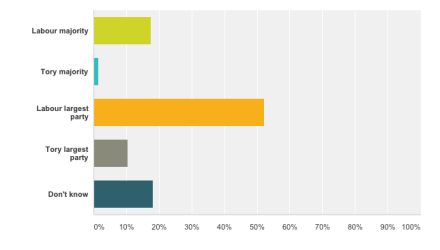 980 voted in this week’s survey. Thank you to everyone who took part.