Labour have been increasingly willing to take on the Green Party in recent weeks. Of course that’s in party because the Greens rising poll rating is having an impact on Labour’s election chances, but taking on the Greens pre-dates their surge as Sadiq Khan was appointed to lead on Green rebuttal in October. 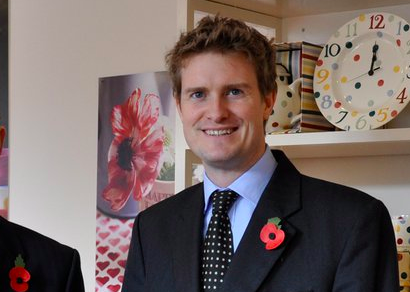 However, few senior Labour figures have hit the Green as hard as Shadow Education Secretary Tristram Hunt has today. In an interview with the Guardian, Hunt says the Green are “a flashback to the 1970s” and accuses them of indulging in “stop-the-world-I-want-to-get-off politics”. Hunt said:

“‘The Green party sell themselves as a new type of politics but when you look closely, they’re anything but modern – they’re more like a flashback to the 1970s than a vision of the future. Nowhere is this clearer than in education.”

“To those on the left who say that Labour should cosy up to the Greens, to do this would do a monumental disservice to the people we are in politics to represent. At every opportunity – and with the same vigour with which we approach Ukip and all of our political opponents – we should expose the Greens and their stop-the-world-I-want-to-get-off politics.”

The Greens approach to education includes starting formal schooling as late as six, abolishing standardised tests and getting rid of Ofsted. Hunt attacked these plans as “total madness”:

“Bennett says that she wants to delay pupils beginning school and end the ability to monitor their progress throughout primary school. This means that the children from the most deprived backgrounds, those who are not read to at home, will incur further barriers to education. This is total madness.”