Conor McGinn has been selected as Labour’s candidate in St Helens North. 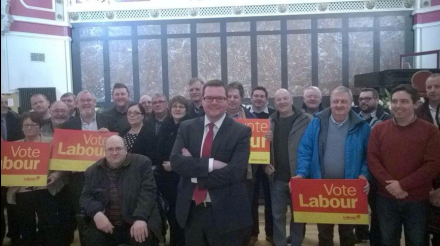 McGinn is the Socialist Societies representative on the National Executive Committee and he works for the Shadow Defence Team, as political adviser to Vernon Coaker. McGinn, who was born in Northern Ireland, was also Chair of the Labour Party Irish Society and between 2012-2013 he was Vice Chair of the Fabians.

Dave Watts is currently MP for the area but he announced he’d be stepping down in January. The constituency has been Labour since it was created in 1983.

Congratulations to Conor McGinn and commiserations to the other candidates.