After Dave Watts stepped down as PLP Chair and from Parliament (Conor McGinn was selected for his St Helens North seat yesterday), the Parliamentary Labour Party began the process of finding his replacement. In the end there was only one candidate – John Cryer – and the popular MP for Leyton and Wanstead was appointed as Chair at tonight’s PLP meeting in the absence of a challenger. 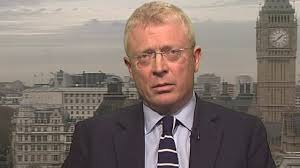 He’s from an incredibly Labour family – both his parents were Labour MPs, his wife Ellie is an elected member of the NEC and his sister-in-law Rachel is, of course, the Shadow Secretary of State for Work and Pensions.

Congratulations to John – and best of luck in the new role. If May brings coalition negotiations, it could be a hugely significant one…