After the end of the Lib/Lab pact in July 1978, Jim Callaghan’s Government was sustained for a time by the Ulster Unionist Party, in return for a Bill to grant extra Parliamentary seats to Northern Ireland. The DUP have said that they could do the same for a future Labour Government. Recent history shows that such a move is fraught with difficulty.

“This evening I find myself in a most difficult position, both personally and otherwise. I heard the speech of the Prime Minister and I agreed with every word of it. I hope that when there is an election a Labour Government will be returned again…But I believe that the policy on Northern Ireland adopted by the Labour Government since 1974 has been disastrous for the communities in Northern Ireland.”

These were the words of Gerry Fitt, SDLP Leader and MP for West Belfast, addressing the House of Commons on 28th March 1979, the night that Jim Callaghan’s Government fell after losing a No Confidence Motion by one vote. SDLP MPs take the Labour Whip at Westminster and Fitt himself had been sitting on the Labour benches since he was first elected in 1966. Apart from the Government’s failure to implement the Bennett Report, which had been set up to investigate allegations of ill-treatment of people held in interrogation centres in Northern Ireland, one of Fitt’s major concerns related to the deal that had been struck by the Government with the Ulster Unionist Party in return for their continued support. A Bill granting five more Parliamentary seats for Northern Ireland was promised. Regardless of the Bill’s intended aims, this was widely seen in the nationalist community in Northern Ireland simply as a way of securing further unionist representation at Westminster. In Fitt’s words, it was a way of “consolidating Unionist supremacy in Northern Ireland.” 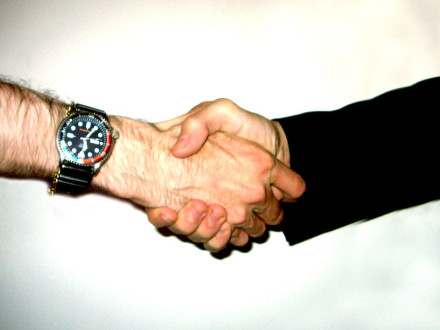 Ultimately, the deal was short-lived. As soon as the Bill granting extra seats was passed, the UUP stopped supporting the Government. On that fateful night in March 1979, only two of the six Ulster Unionist MPs voted with the Government. The two who were kept on side, John Carson and James McCusker, had been promised a separate price index for Northern Ireland at the last minute.

What would a deal with the DUP involve? And how would it affect continued cooperation with other Northern Irish parties? The Northern Ireland CLP continues to push for Labour to stand candidates in Northern Ireland, but this is a debate for another day. Left/Right political cleavages in Northern Ireland are not straightforward, and all of the Northern Irish parties have some members and representatives who share Labour values. Independent North Down MP Sylvia Hermon left the UUP over their link-up with the Tories and generally votes with Labour at Westminster. SDLP leader Alasdair McDonnell said recently that his party wants to work with a future Labour Government to reverse the “savagery” of recent cuts.

No one yet knows how the electoral map will look on 8th May. But in the event of a hung Parliament, working with Northern Ireland MPs (of any party) who share Labour values, rather than those who seek short term political gain should be the basis for any possible negotiation.

View all articles by Diarmaid Ward