The Evening Standard have released the results of their latest Mayoral poll, to see who Londoners would most like to be Labour’s candidate. And it’s good news for Tessa Jowell.

Since YouGov last did this poll for the Standard, Margaret Hodge and Andrew Adonis have dropped out the race (the former hasn’t formally backed anyone yet, while the latter has thrown his weight behind Jowell).

YouGov asked 1,011 people who they thought the best candidate would be for mayor. They excluded all of the ‘don’t knows’ and ‘none of the aboves’ to give us the following results.

Jowell is, again, ahead of the rest of the pack. 34% of Labour supporters when Jowell to be Labour’s candidate, while 32% of all Londoners think the same. 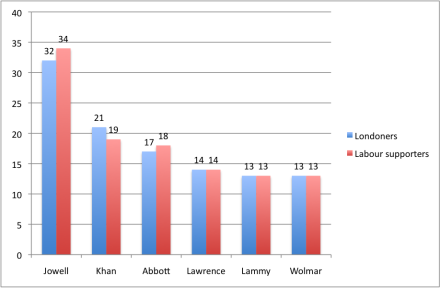 In last place is the only candidate who isn’t a politician, Christian Wolmar. Wolmar, who is a transport expert and journalist, is on 4% with both sets of people asked.

Not all of these candidates will necessarily run. Abbott, Jowell, Lammy and Wolmar have all said they will but it looks like Lawrence won’t – if that is the case, who she and Hodge will back (if Lawrence decides to do this) remains unclear and could make all the difference.

What’s more Gareth Thomas MP said he might announce that he’s running after the election.