Labour are today launching the Women’s Manifesto, during which they’ll highlight that David Cameron and the Conservatives have a ‘woman problem’.

The event launch  will be used to highlight the fact that the burden of 85% of tax and benefit changes made under the Coalition have fallen on women. They’ve used the following image to depict this (which they also projected onto the House of Commons – you can see an image of this below): 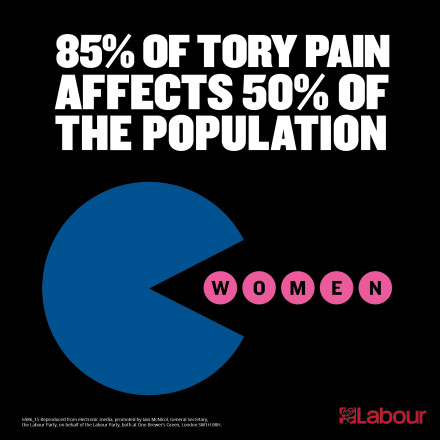 Harriet Harman and Gloria De Piero will point out that of the new jobs created for women since 2010, 60% have been in low paid industries, while employment tribunal fees have made it much more difficult for women to bring sex discrimination cases to caught. 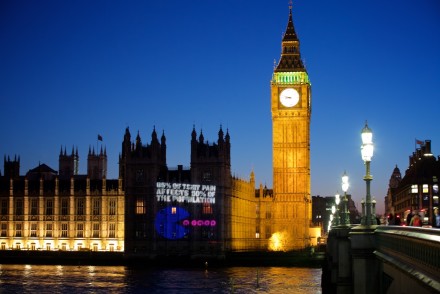 However, this launch will not just be used to point out the Tories’ failures. Labour will also set out the plans that they have for women, which are detailed in their women’s manifesto. This includes the following points:

Speaking ahead of the launch,Gloria de Piero, Shadow Minister for Women and Equalities, reiterated Labour’s message:

“Progress for women has never come from standing back, so Labour will support families to balance work and family life with 25 hours free childcare for three and four-year-olds of working parents, guaranteed access to 8am-6pm wraparound childcare, more support for working grandparents and protecting Sure Start.

“We’ll tackle low pay, which affects one in four women, by boosting the minimum wage to over £8, strengthen discrimination law, support healthy relationships with compulsory age-appropriate sex and relationship education and appoint a new commissioner to tackle domestic and sexual abuse.”