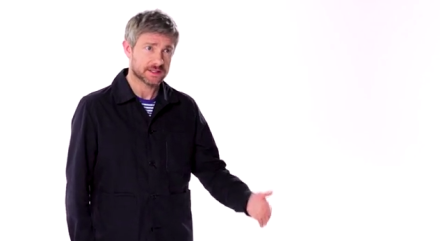 Over a million people have watched Labour’s latest election broadcast online in just two days. Labour today confirm that the video, starring Martin Freeman, has been watched more than 1,152,000 times.

In contrast, the Conservatives latest broadcast, which also came out on Tuesday, has been seen just 91,000 times – that means Labour’s has been viewed by almost 13 times as many people.

Last week, more people engaged with Labour’s Facebook page than any other party, with almost half a million (475,925) interacting with the party through the social media website. However, the Tories have far outspent Labour online: they ploughed over £100,000 into Facebook advertising alone in a single month, and are thought to have paid out over £1 million in the last year.

Labour also claim that 19,000 people have donated to the party in the last month – all since they announced that they had raised £1 million from small online donations in the last year.

It seems that the popularity of the Freeman video is not yet waning: it has been watched another 17,000 times since the press release was sent out.

Just did some maths and the Martin Freeman has actually been viewed more times than Labour is boasting: 1,179,000 #GE2015

If you’ve not seen it yet, you can watch it here: