If I were you, I should expect the unexpected.

Which is another way of saying we are still in the dark as to the outcome of the general election on Thursday. I have written here more than once over the past few years that “nobody knows anything” (William Goldman) about the result. That phrase has never been truer than it is today. Get into a huddle with a few Westminster watchers and the truth comes out: nobody knows how things will look at mid-day on Friday. You can construct any number of plausible scenarios. But exactly which one will emerge…nobody knows.

The media abhors a vacuum of information. So into this gap come ever more speculative and fanciful suggestions about what would constitute a “legitimate” government after May 8. But as Mark Ferguson explained here yesterday, much of this talk of so-called “legitimacy” is bogus. (“Fine word – ‘legitimate’!”, as Edmund observes dismissively in King Lear.)

The attempt to deny legitimacy to a party that can form a government would be the last refuge for Conservative scoundrels. The introduction of the concept of the “popular vote” in the final days before the election is a sign that the Tories are far more worried than they are letting on about the result. It seems they plan to claim victory almost regardless of the outcome. 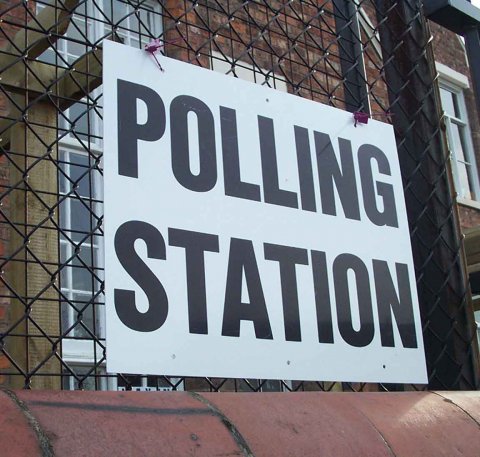 Our parliamentary system is based on seats not votes. There have been results – 1951, 1974 (Feb) – when the party with the most votes has not won the most seats. That is tough. If the Conservatives gather up thousands of votes in safe shire seats that is their business. Good for them. If they cannot command the confidence of the House of Commons or get a Queen’s speech through then they are out. They must step aside to see if someone else can.

All the rest is hot air. Until we see the numbers of seats that each party has we are all just guessing. That is why, even if it annoys journalists and some members of the public, party leaders have to maintain the firmest possible line ahead of polling day in the hope of a decisive result, even though they may not really expect one. Before the last election the Tories ran a party election broadcast decrying the idea of a hung parliament and coalition government, and then leapt at the chance to make a “big, open and comprehensive offer” to the LibDems. All the time the Tory leadership was claiming to have momentum and was publicly looking forward to a majority they were preparing to do a deal with Nick Clegg. They are doing that again, now, albeit on this occasion with less obvious confidence about the majority bit.

Tory sympathisers claim that they are poised to benefit from a surge of support in these last three days. The evidence for this is…that it hasn’t happened yet. Therefore they must be poised for something! It is a bit like saying that flowers will bloom in my back garden this spring, regardless of whether or not I remembered to plant any bulbs there. They haven’t bloomed yet. But they might!

You can in fact make the case that there are as likely to be “shy Labour” as well as “shy Tory” voters out there, and that the possibility of tactical, pro-Union voting in Scotland has also been hard for pollsters to detect. It is also possible that the polls will stay exactly where they are now, with the two main parties neck and neck.

The other traditional pre-election insight we always get around this time is when someone observes, as though no-one had ever said or thought of it before, that “of course it is now all about getting the vote out”. Well, yes. That is the general idea. You do need people to vote for you. And this is where guarded Labour optimism might be justified. Contact rates and general activism seem to be higher than in the Conservative campaign. This matters.

So my final thought with three days of campaigning left is that Labour has as much chance to surprise the pundits on the “upside” as the Tories do. A lot of undecided voters have still to make up their minds. They will do so now. Which way will they turn? Nobody knows.