I must admit I am gutted. Truly gutted. I’m experiencing bouts of utter disgust with myself for losing, sadness, overwhelming pride in my team of volunteers, what ifs and hope that Labour will emerge better, more united and electable despite the current pain.

The leadership contest must ask the questions the party has not properly addressed about its values, direction, policies and vision. We must renew ourselves and renew the Labour movement too. The trade unions, the Labour Party and the co-operative movement have had common cause for over 100 years but the foundations of our movement are in doubt. Renewal is the right aim but to renew we need to have a Labour movement to update and that’s why I’m writing.

For me, in Plymouth, the Labour movement is not a theoretical construct, nor is it a political arena for vocal big beasts to prowl around. An interwoven Labour movement is the reality for so many non-metropolitan parties of local Labour parties, trade unions, co-operatives and the Co-operative Party engaged in shared campaigns, shared memberships, shared candidates and shared destinies.

The divisions that so much define the London-based political discussion seem a thousand miles away from the reality for us in Plymouth. The reality for key seat candidates like me is that Labour is at its best when all parts of the Labour movement work together and that must include the political wing of the co-operative movement.

Plymouth’s Labour Council is putting in practice Labour and co-operative values supporting expansion of our city’s credit unions, launching a hugely successful energy co-operative and opening up politics to greater scrutiny. The Councillors that are doing such an amazing job are Labour and Co-operative councillors, elected on a joint ticket, not splitting their values but complementing them. The co-operative movement and the Labour Party is intertwined, reciprocal and absolutely relevant to the challenges my city faces.

Yet in two days, that link could be destroyed. The Co-op Party’s biggest supporter, the Co-operative Group, is asking its members whether to pull the plug on funding for the co-operative movement’s political voice. The Co-op Group’s management has made many mistakes documented better elsewhere. I fear this is another but the outcome is in our hands – the membership’s votes will decide the result. 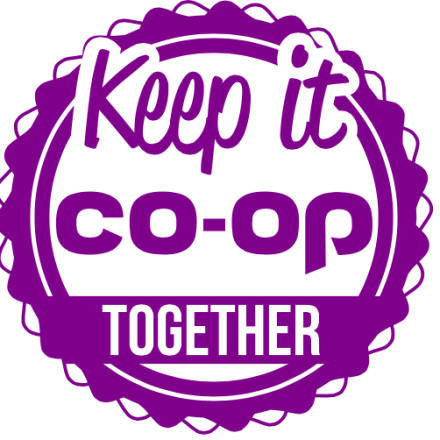 For last 100 years the Co-operative Party and the co-operative movement have been key partners to the Labour Party and wider Labour movement. We have worked together to make Britain a fairer country where power, wealth and opportunity are more evenly shared. Labour and co-operative politics complement each other and Labour and Co-operative MPs, Councillors and Peers fight for those shared values every day. Co-operation works – not just in Plymouth but across the UK – and it needs a political voice.

You may have received a voting pack from the Co-operative Group in the post or via email in the last few weeks. There is still time to use it – votes will be valid if received by the Co-op at noon on Wednesday. As in all elections, it is those who vote that will decide the outcome. I lost by 523 votes, a number small enough to haunt me about whether an extra direct mail would have changed the result. 523 votes produced a Tory MP for five years. Losing the co-operative Group AGM vote by 1 vote or 523 votes risks losing us the Co-operative Party forever.

You can help keep the Co-op’s link to political action by voting to support Motions 9 and 10 on the voting paper.

I was proud to stand as a Labour & Co-operative candidate in the election. Labour made many mistakes over the last twenty years but giving a platform for mutuals and co-operatives was not one of them. If anything, our failing was not to mainstream more the idea that between the market and the state is a better co-operative economic model with people at is heart. But that’s a debate for after Wednesday.

We will need all the allies of progressive politics to recover from defeat and put ourselves back in a position to offer the British people an alternative government.  The Co-operative Party and co-op movement can and must be a part of that recovery.  So, if you have one, please use your vote ahead of Wednesday’s deadline to vote for Motion 9 and 10 and spread the word. This is not the time for another defeat for the Labour movement. It should be the place where our fightback begins – please vote to keep a political voice for co-operatives.