How has the average Labour MP viewed the party’s members or supporters in the past? As foot soldiers or community ambassadors and leaders? As canvassers or communicators? In 2011 the US campaigner Arnie Graf was asked by Ed Miliband to undertake a review of the Labour party, looking at its organisation, its operations and its infrastructure. Graf’s report was never published in full but in light of the 2015 defeat it makes for interesting reading. 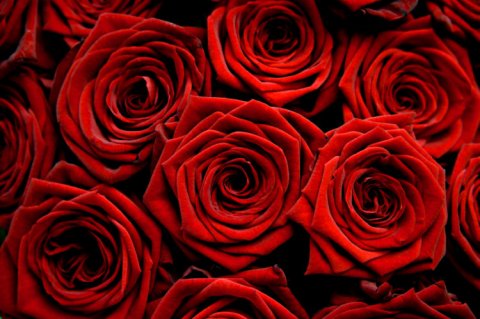 Graf reported the UK Labour Party formulated policy from the top to the bottom, rather than bottom to the top. He urged the Labour leader to deal with what he described as the party’s “bureaucratic rather than a relational culture”. He argued that new members coming into their first branch meeting should be welcomed into a group that offered trusted, working relationships and interesting political discussions. He found that branch and constituency meetings were managed by members who seemed suspicious of outsiders, particularly people who were Labour sympathisers but not prepared to be members. It seemed hard for newcomers to break in. All too often he found that meetings were inward looking affairs that most new members felt alienated from and rarely came back for a second time.

Graf believed the Labour Party treated members as drones rather than leaders. The many party members Graf met in the regions he visited thought the genuine leaders of the party, were all in London from which orders were despatched, battle plans drawn up and policy announced.

In his report Graf made a series of sensible, measured and well thought out proposals the most radical of which being a call for open primaries, meaning that Labour’s candidate would be selected by the area’s population as a whole, rather than just its members. This is something that leadership candidate Andy Burnham has recently endorsed. Although Graf was only suggesting a trial in volunteer constituencies, he was met with fierce and active resistance: According to Graf “not everyone was willing to open up the party … I spoke to one person who said, ‘But if we allow in a lot of people and give them the vote, who knows what they’ll do?’ I thought, ‘Well, if you want to stitch up everything, maybe that’s why you’re losing so badly …'”

Graf also proposed a model of community membership, which would allow voluntary associations to join the Labour Party as collectives. They would get one vote per institution, and they’d have responsibility for bringing their members into the party. People who were members of the institution but not individual party members would then have a way of engaging with the party.

As per the 2008 and 2012 Obama campaign in which Graf played a significant role he floated the idea of establishing a Labour Party supporters’ network, which would provide individuals with a way of engaging with the party if they didn’t want to become full-blown members. Supporters might be asked to pay a small amount of money, and that would entitle them to vote in Labour selections; or they could be asked to pay nothing but have some say over the party’s manifesto.

I like, agree with and endorse all of Graf’s proposals. If Labour is to win in 2020 it needs to look again at its overall structure and reason for being, it may even need to take on and challenge the ‘vested interests’ that exist within the Labour party itself. As with many large complex organisations the people with power in the party– from those in head office to the chairs and secretaries of local branches – want things to stay the same.

The Labour Party is a ‘moral crusade’ or it is nothing. Knocking on doors, getting out the vote, delivering leaflets and checking which way people are voting are all important parts of the electoral machine but of themselves they are not enough. You don’t fatten the pig by simply weighing it! Vote for me because I am not a Tory is not a strategy, it will inspire almost no one and lead to electoral disaster once again.

The Labour party has access to an immense pool of talented individuals. It needs a structure that can better empower members and supporters and build capacity for campaigning at a local, regional and national level. The party needs to return to the values and principles on which it was founded, translate them for the modern age, communicate them in a manner that appeals to head and heart and get back to being a social, economic and moral crusade.

View all articles by Mike Ion