The fortunes of the Labour  Party will not change until and unless the Party re-organises the purpose of the of the organisers in the field.

From mid 2011 through 2013 I had the privilege of spending a great deal of time in the field with the many of the regional directors, regional organisers, field organisers and members in every section of the UK. I found the people that I met and worked with to be talented, smart, hard working and totally committed to the Labour Party.

The Party’s failure in the last election had very little to do with the organisers in the field. The fault lies with their job assignments, expectations, and with the limited regard that too many of the national leadership hold them in.

The organisers are not expected or assigned to grow the Party. They have no time to develop meaningful relationships with people in the communities where they are assigned to work; therefore, the Party remains out of touch with the vast majority of people throughout the country.

One story I experienced illustrates my point. On one of my trips to the U.K. in the autumn of 2013, I bumped into one of Ed’s strategists in Portcullis House. He asked me if I was assisting the staff on Ed’s trip that was to take place in a few days to one of the regions. I told him that I did not have knowledge of his planned trip.

There was only one problem. No one had been able to locate a minimum wage worker for Ed to talk with. Ed’s staff person asked me if I could help to find someone as I had spent some time in that region. The office was very nervous because they had already invited the media to come to the coffee shop to film and report on the conversation. I told him I would try to help.

The next morning I rang the organiser in the area who I knew to be a very talented and committed staff person. He told me that the Head Office had recently called them to ask them bring a minimum wage worker to meet Ed at the local coffee shop. He said he was trying to do so, but he was very busy working on turn out for the dinner and various other necessary tasks. He appreciated my offer to help out.

I called someone whom I had befriended in the community from previous trips there. He sent me the names of four potential people to call to see if any one of them would be available and willing to have a conversation with Ed in front of the media as to what it was like to survive on a minimum wage.

Out of the four people, one person was available and willing to talk with Ed at the coffee shop in front of the media. Since she was nervous about doing this, she asked if she could bring a friend of hers whom she trusted. He also asked if I would meet with her before she met Ed so she could get to know me a little bit. I met with her and her friend a little while before we were scheduled to see Ed at her flat. She was a lovely single mum struggling to go to school and make ends meet on a minimum wage. We shared some stories about each other and developed a comfortable rapport.

We then drove to the coffee shop to meet with Ed. During the conversation with Ed, she spoke quietly, directly and honestly about what it was like to get on when you work for the minimum wage. The event went very well. Ed got very good press the next day.

As I walked her to the taxi we had called to take her home, I thanked her for taking a chance on me, a total stranger. I asked her if it had been a good experience for her. She said it had been an excellent experience. She said it was kind of liberating ( her word) to tell her story. I asked her if she would consider joining the Labour Party as the fee was very low for a minimum wage worker to join the Party. She said that she would like to do so. I then asked her if she would be willing to bring some of her friends together who were in a similar situation to talk with a Labour organiser. She said she would be glad to that. I passed this information on to the local organiser.

I did not go to the annual dinner. I met up with Ed after the dinner. Throughout the four days that I worked on this and right after seeing our guest to her taxi, I felt this awful feeling in the pit of my stomach. How could it be that the Labour Party, supposedly the Party of working people, was not in relationship with a single minimum wage worker? It was stunning!

The image I have of how the Party works is Fed Ex. The corporate leadership make all of the important decisions for the company. The truck drivers deliver the goods with almost no input into the decisions made. The organisers are the men and women truck drivers for the Party. The leadership and the Party staff reside in separate quarters physically and mentally. Policies and major campaigns are developed with little or no input from the staff in the field. This leads to a lot mistakes and resentments.

Why is the Party so out of touch with so much of the population if it has a number of organisers in the field? It is easy to understand when you examine what are the organisers’ main functions: First, they work on disputes that arise in local Branches and CLP’s. Oftentimes the disputes are related to personality clashes. Second, they do a good deal of data collection and data entry as well as some administrative tasks as needed. Third, they work on Voter ID and voter turnout. Since there are so many elections, much of the organiser’s time is spent on this work. This allows very little time for the organiser to meet new people or to develop and run local issue campaigns that come out of the interests from the people that he/she meets.

When I met organisers in the field I asked them a basic organiser question. On an average how many new people do you meet weekly? I kept notes on their answers. The average was between 0-3. How can the Party grow if the organisers are meeting so few new people? How can they develop local issue campaigns if they are not meeting the informal leadership that exists in every community in the country. Focus groups have their place, but they are not a substitute for a serious 30-45 minute conversation with someone to explore who they are and what are their interests. This is not an argument against Voter ID and door knocking. This work is very important. This is an argument for getting into relationship with the people in the country and responding to their interests.

The organisers in the field are talented, but they have no time to organise given every thing else they are required to do. These are a few of my suggestions for change and success:

First, the leadership of the Party to meet with the Regional Directors and the organisers in the field much more frequently. The national staff may have some intellectual knowledge, but they do not have the social knowledge that resides with the staff in the field.

Second, the Party should end the dichotomy between the national leadership and staff and the staff in the field.

Third, at least one half of all the organisers should be freed up to spend the bulk of their time building relationships with leaders in the communities they are assigned to. Out of these relationships should grow local issue campaigns that engage a wide cross section of the people who live in the community. This work will lead to numerous local campaigns and show people that the Labour Party is the place to go to if you want to get something done.

Fourth, the organisers should conduct numerous leadership training sessions on how to develop new relationships, how to develop a following, how to conduct issue campaigns, how to become effective spokespeople, and many other public skills. These are but five suggestions that I make out of my deep caring and concern for the future of the Labour Party.

The mantra for the Party must be relationship precedes power. 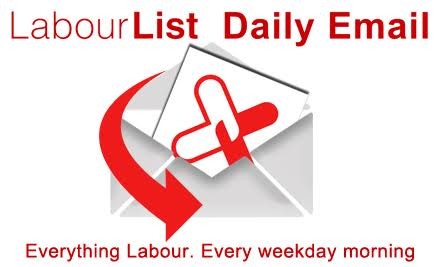 View all articles by Arnie Graf