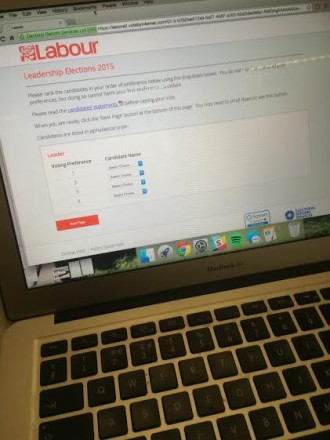 The number of people able to vote in Labour’s leadership election has been revised down to 553,954 from around 610,000 two weeks ago.

However, of this reduced number only 3,138 come from people who have been disqualified from voting because they do not share the party’s values, or are a member of another party – which LabourList reported on Friday. Around 400 have been rejected for being Tories, while 1,900 have been removed for being Green Party supporters.

The number of full party members eligible to vote has also been revised down in the past fortnight, from 299,755 to 292,973. Just 418 of those have been removed for being suspected ‘infiltrators’. While the number of affiliated supporters is now 148,182 – down from the 189,703 that registered.

Most of the remaining number of people removed have been taken off because they are duplicates; affiliate or registered supporter who are already party members.

The party have confirmed the names of the six National Executive Committee members who make up the taskforces charged with removing ineligible voters. They are: Jim Kennedy, Alice Perry, Ann Black, Paddy Lillis, Jo Baxter and Keith Birch, with Cath Speight as a reserve.

Final decisions are made by these NEC members and not party staff. So far, 3,502 people have been referred to these panels, and around 220 of those referrals are still to be processed.

Of those rejected by these panels, 1,972 were registered supporters, 748 were affiliated supporters and 418 had signed up as members.

Checks on new sign ups are being carried out by party staff on a 24/7 basis. According to the party, these staff are looking for: