As Labour’s leadership election closed at noon yesterday, so too did the LabourList survey. We asked our readers who they want to be Labour’s next leader and the answer is: Jeremy Corbyn. 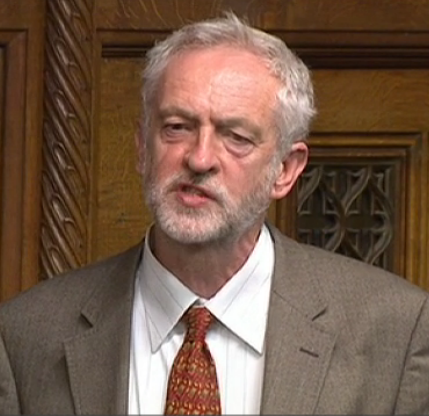 With 52% of the vote, Corbyn is our readers’ choice for Labour leader. If this were to replicate itself on Saturday, we would see Corbyn win on first preferences. This is, of course, a possibility. However, it is no certainty and as his supporters tend to be particularly good at online organising, it may not be this straight forward.

Yvette Cooper is in second place with 23%, but a significant 10 points ahead of her closest rival Andy Burnham. Although this wouldn’t secure Cooper a win, it does indicate – as her supporters have been suggesting – that she’s picked up additional support in the final week. Particularly if you consider that last time we asked this question she came in third with 9% (behind Corbyn 73% and Kendall). There could be an element of online organising at play here too.

In third is Andy Burnham with 13% of the vote, and not far behind him in last place in Liz Kendall with 12%. 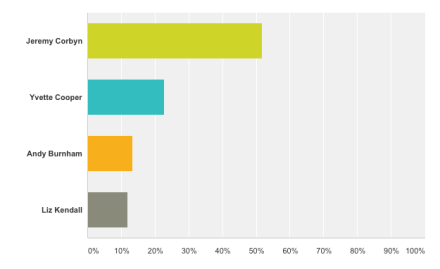 2,996 people voted in this week’s survey. Thankyou to everyone who took part.